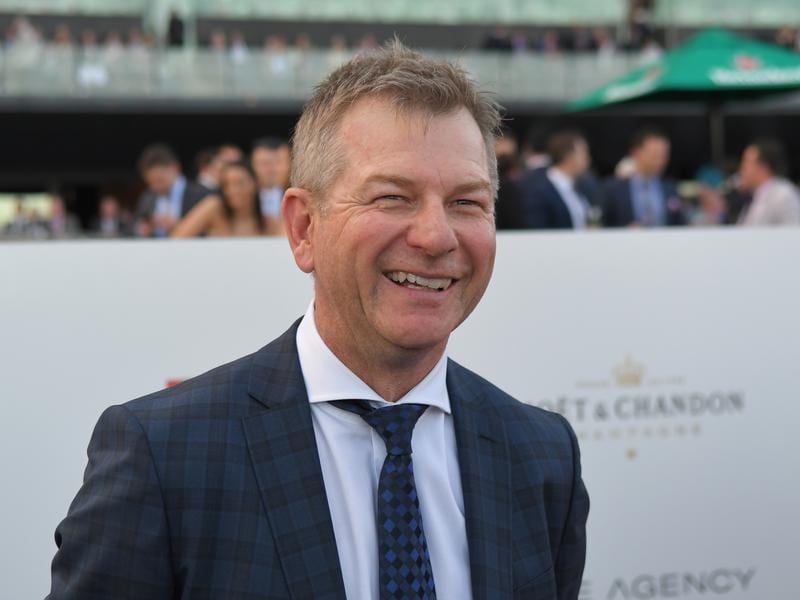 Kris Lees will bypass western Sydney for Western Australia when he saddles up his first runner at Ascot.

The top Newcastle trainer will send a handy team of five horses to Rosehill on Saturday but will be trackside in Perth for Prized Icon’s bid in the $1 million Railway Stakes (1600m).

Lees said a chat with jockey Damien Oliver on Cox Plate day was the impetus behind the decision to send Prized Icon across the Nullabor.

“Damien rode him that day he ran second in the Crystal Mile and thought it would be a good option,” Lees said.

Prized Icon arrived in the west on Monday and had his first look at the course proper with a light gallop at Ascot a day later.

The five-year-old hasn’t won a race since he claimed the Victoria Derby in 2016 but his spring carnival form has been consistent and he appears well handicapped with 54kg.

“He’s raced at a high level since his Derby win, he’s run second to Winx and he’s had a few Group One placings,” Lees said.

“It’s a Group One (on Saturday) but it’s probably a little weaker, I’d suggest, than what he’s been racing in over here.”

Lees’ Rosehill runners include Australian Bloodstock’s Articus who heads back to the races after resuming with a closing second to Mahalangur over 1400 metres last month.

The performance didn’t surprise Lees who said the horse had been working well and appreciated a rain-affected track.

“I think soft ground certainly enhances his chances but he’s probably not going to get that, so we’ll see how he reacts now on firmer ground,” he said.

Lees has yet to decide if Grafton Guineas winner Turnberry will start at Rosehill or head to Gosford for a heat of the Provincial Spring Series on the same day.