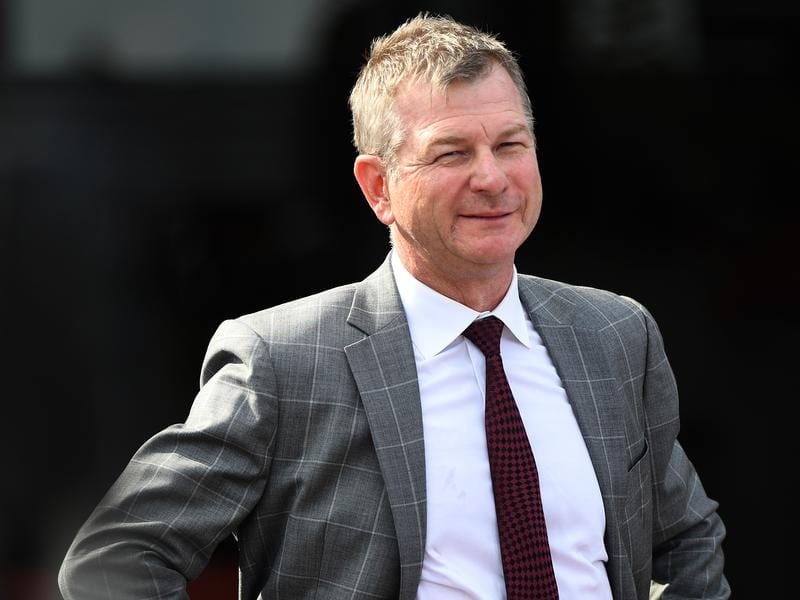 Kris Lees is hopeful a switch in environment will help bring about a change in fortunes for Graff who is one of two chances for the trainer in the Stradbroke Handicap.

Lees is set to have both Graff and fellow entire Chief Ironside in Saturday’s Group One race at Eagle Farm in which a win for either would enhance their value as future stallion prospects.

Graff has been aimed towards the Stradbroke at the third run of his campaign but Lees admits he was disappointed with the four-year-old’s most recent unplaced run in the Luskin Star Stakes in Sydney.

Since then Lees has changed things around with him in the hope it would stimulate him mentally.

Graff was sent from his Newcastle stable to spend a few days at his part-owner Aquis’ farm in Queensland before heading to Lees’ Gold Coast stable to prepare for the Stradbroke.

“He’s hard to get a strong line on. He’s a long time out of the winner’s stall.

“I was a little disappointed in his last run but that said we’ve just changed things around.

“He’s been up in Queensland for a little while now.

“He produced a really good gallop on Tuesday and he’s got a soft draw so there’s a few positive factors there.

“You can’t be over confident with him but at his best he’s certainly capable of doing it.”

Graff was placed at Group One level as a three-year-old and ran fifth in The Everest that season.

But he has not won since the Group Three San Domenico Stakes in August 2018.

He was a close fourth last start in the Listed Scone Cup on May 15, his second appearance for Lees.

“That’s probably not ideal but he’s another stallion in a Group One and I was really pleased with his Scone Cup run,” Lees said.

“He was attacked mid-race and left a sitting duck late and just getting run down with his big weight.

“He’s come out of it really well and we’ve decided to add blinkers to his gear because he’s coming back in trip.

“I think he is a sneaky chance with luck in running.”

Lees also accepted for Delectation Girl but she is fifth emergency.