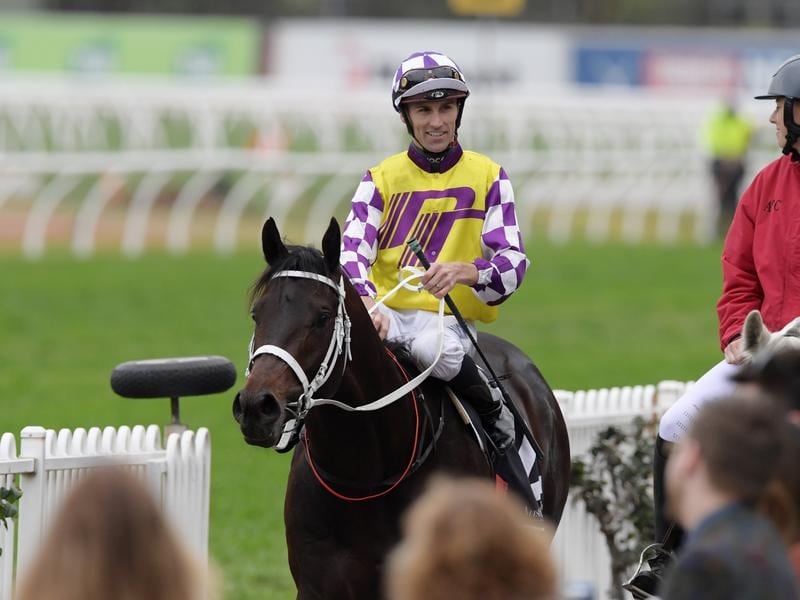 The Golden Rose picture has become clearer or murkier depending which way you look at it after the major lead-up race at Rosehill.

The Chris Waller-trained Lean Mean Machine scored a decisive win in Saturday’s Group Two Run To The Rose (1200m) but the heavy track threw a few questions into the performances of several others.

Lean Mean Machine ($14) burst between horses to beat the favourite Graff ($3) by three-quarters of a length with race leader Jonker ($13) another short neck third.

Waller also trains The Autumn Sun who was the Golden Rose favourite before his third earlier in the day in the Group Two Stan Fox Stakes (1500m).

“I wouldn’t be disappointed in any of the three-year-olds that ran today,” Waller said.

“Some horses handle the heavy track and some don’t.

“I’d say in two weeks time it will be one hell of a race in the Golden Rose.””

The winner of the Group Two Sires’ Produce Stakes in Brisbane in May, Lean Mean Machine was having his first start since he failed in the Group One JJ Atkins won by The Autumn Sun at Doomben in June.

“Tye Angland has had a fair bit to do with Lean Mean Machine,” Waller said.

“He rode him in a trial here one day and said he didn’t want to get on any other horse in the spring.

“He’s obviously a very good horse and as we saw with his father Zoustar, he came back as a three-year-old and went to a whole new level and it looks like this boy has done the same.”

“He’s definitely the best looking horse in the yard and I think he performed that way as well,” he said.

“I didn’t expect him to pick up that many lengths the way he did under just hands and heels.

“He’s all muscle. He has a great attitude. He’s an awesome racehorse.”

Graff had to contend with the outside barrier which rider Jason Collett said told in the end.

“The draw was the difference,” he said.

“If he has a better draw he has a softer run but unfortunately the cards were dealt when it came out.”