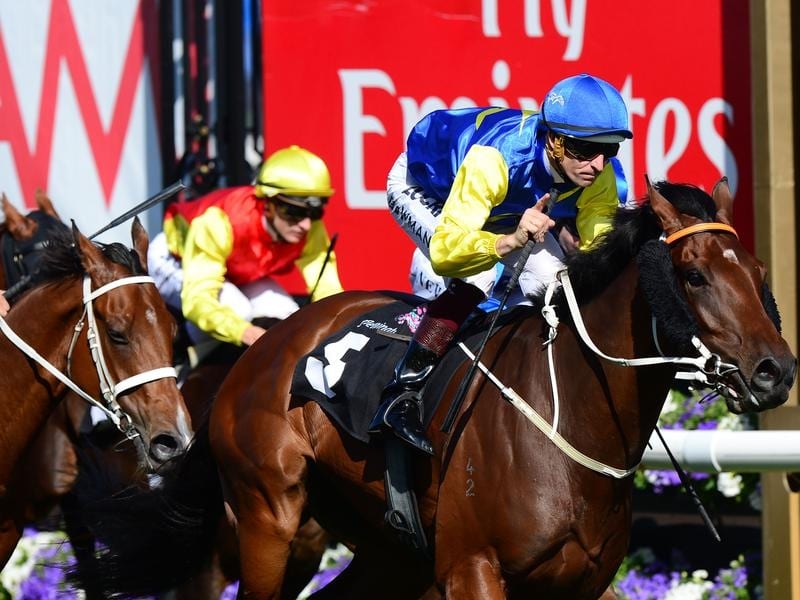 Top sprinter-miler Le Romain will get his latest campaign off to an early start in the Expressway Stakes and he isn’t there to make up the numbers.

A small but elite field of six runners will step out in the first Sydney Group race in 2019, headed by last year’s winner Trapeze Artist who has had the wood on Le Romain in their previous clashes.

But Lees says it won’t take much for Le Romain to turn that around.

While he is wary of Group One-winning mare Alizee, who has a fitness edge, and the resuming Trapeze Artist, the usually conservative Lees is bullish about his first-up expectations for Le Romain.

“I want to see him win to be honest,” Lees said.

“I don’t know whether he can beat a couple of those sharper ones. Like Alizee is up and going and Trapeze Artist, I suppose it’s fair to say he’s had his measure a few times now, but we haven’t been far away from him.

“If he gets the right set up he could be effective. If he does get beaten, he won’t be getting beaten far.”

Le Romain is kicking off his summer-autumn preparation earlier than in previous seasons because of the addition of the lucrative All-Star Mile to this year’s racing calendar.

“Last year he came back from colic surgery in the spring so it was all to do with timing, he couldn’t have come back any earlier, ” Lees said.

“This time we’re hopeful of getting him into the All-Star Mile if he gets enough votes, so he needed to get up and going reasonably early.”

Le Romain is likely to head to Melbourne after Saturday for the Group One CF Orr Stakes and with Winx set to campaign exclusively in Sydney, Lees admits taking the gelding south will come with the added bonus of dodging the champion mare.

The Newcastle trainer will saddle up four other runners at Rosehill, two of them in the Events By ATC Handicap (1500m).

Admiral Jello will resume in the race as a stepping stone towards staying races over the Sydney autumn carnival while Lees says Hallelujah Boy is shaping up well after being gelded.

“I expect he will race a bit more genuine and I’m looking forward to seeing him get to the races,” Lees said.