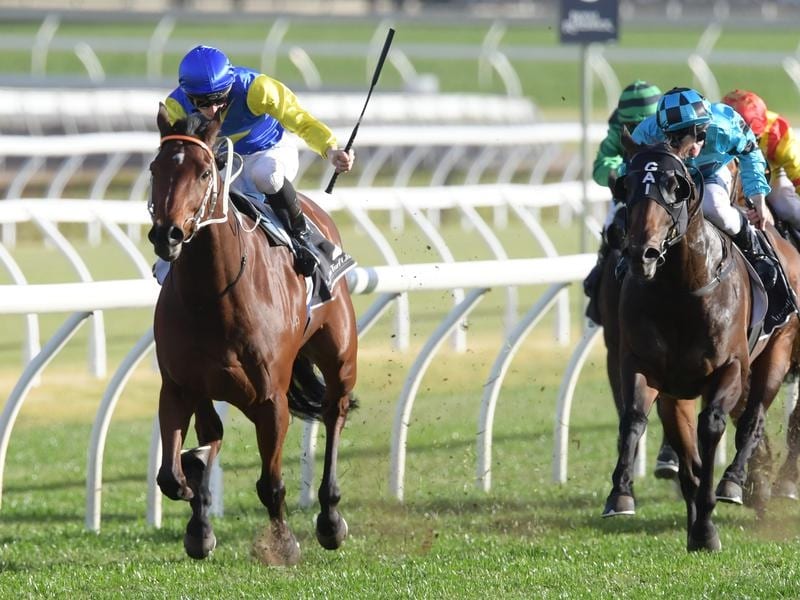 Unable to secure enough votes to earn a spot and then rejected by the wild card selection panel, multiple Group One winner Le Romain has managed to force his way into the inaugural All-Star Mile on race eve as an emergency.

And having now gained a start, his trainer Kris Lees is confident the gelding shapes as one of the better-credentialed runners in Saturday’s $5 million race over 1600m at Flemington.

Foundry was scratched on Friday morning after presenting with lameness in his left foreleg, meaning Le Romain gets a start having been the first reserve and he will be ridden by Dwayne Dunn.

“We took the long road but we got there,” Lees said.

“I can’t fault the horse. The three-week gap between his last run he will appreciate. He had a jump-out last Friday where he performed well and he backed that up with a nice gallop on the course proper at Flemington on Tuesday.

“He’s going into the race in good order and from a soft gate he looks to get a lovely run. He’ll run well.”

West Australian gelding Material Man and Queensland-based Urban Ruler had to be re-examined by vets on Friday after lameness concerns a day earlier but have been passed fit to start.

They will be examined again on course on Saturday as a precaution.

Stewards have approved Material Man to wear a bar plate on his left fore while outsider Urban Ruler will wear bar plates on both front feet.

Le Romain was second to All-Star Mile favourite Alizee first-up this campaign in the Expressway Stakes in Sydney before being unplaced in the Group One Futurity Stakes, also won by Alizee, last start.

He has won the Group One Cantala Stakes over the Flemington 1600m in 2016 while he also finished second in last year’s Cantala carrying 57.5kg.

Lees has been keen to get Le Romain into the All-Star Mile since the race was announced in November.

The four emergencies were based on prize money earned.

“We brought him in a touch earlier this preparation with a view of the program that has now eventuated,” Lees said.

“He’s getting there in the right frame of mind and the right condition.

“And he has performed at the mile on this track.”