Lazet making most of Kiwi opportunities 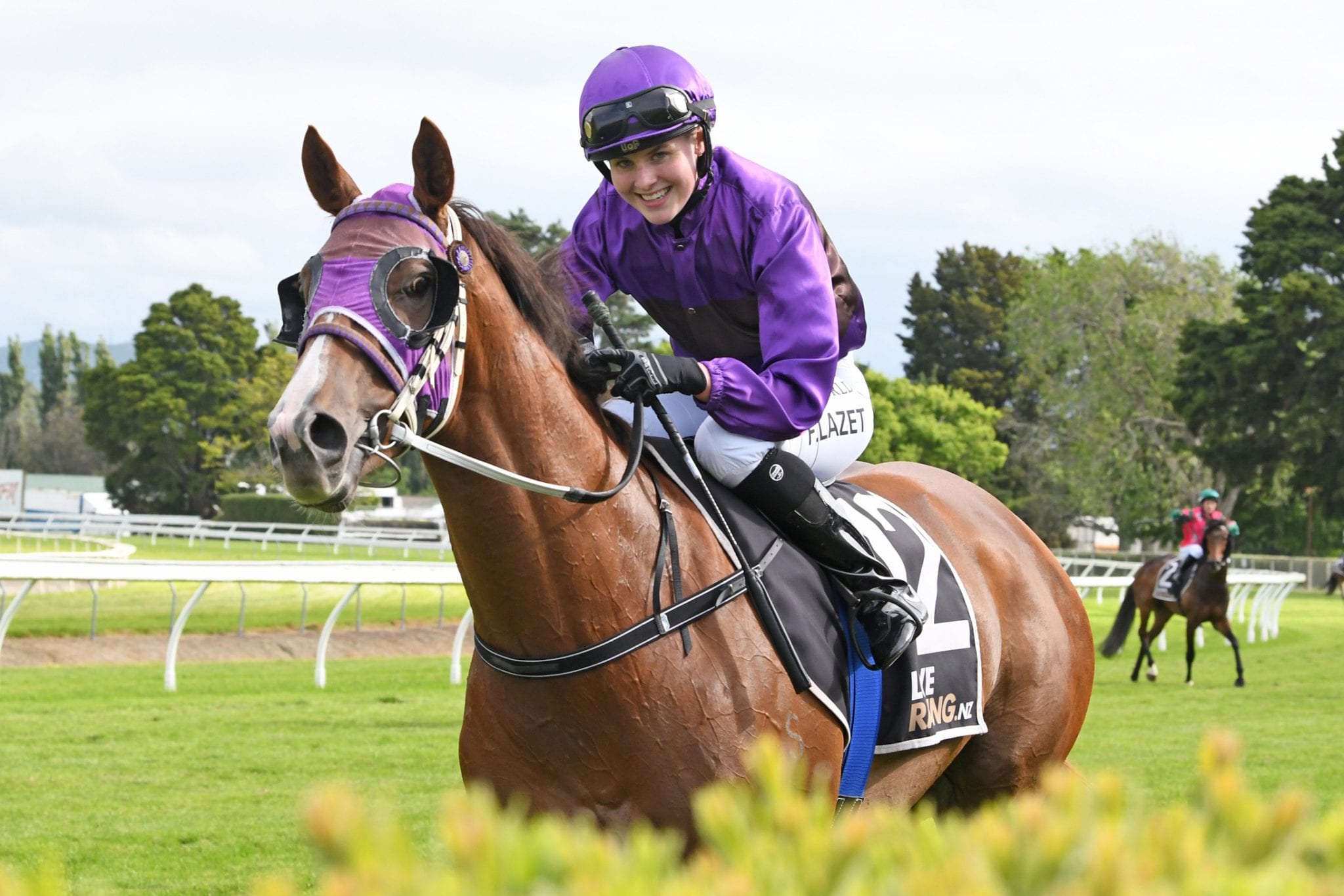 Apprentice jockey Faye Lazet was delighted to boot home her first winner at Awapuni on Friday when linking with the Lisa Latta-trained Akela Belle, and there is more in store for the dedicated 22-year-old. Lazet produced a perfectly-timed ride to get the six-year-old mare home, providing the jockey with her first win after 51 starts and eight placings.

Originally from the Netherlands, Lazet has been steadfast in her desire to become a jockey and was duly rewarded with that winning feeling after looking to the other side of the world to pursue her career. “It was the most amazing feeling in the world,” Lazet said.

“It is something I had been waiting for, for a while now. I didn’t really expect it to happen on Friday because with the bend being quite tight at Awapuni, the racing pattern was favouring horses on the speed and Akela Belle tends to get back in her races. “I wasn’t sure that she would be able to make up the ground, but she did. She ran on amazingly.”

Despite not being from a racing background, Lazet has been blinkered in her wish to become a jockey. “I was in my last year of school and trying to find something to do with horses or animals in general and after looking for quite a while I came across the British Racing School website and I said to my mum and dad, ‘this is what I want to do’. I moved to England when I was 18 and did a two-month course with the British Racing School before being placed with trainers.”

An 18-month stint with Lambourn trainer Charles Hills ensued, before working for smaller trainer Roger Teal. But when it became apparent opportunities were going to be at a premium in the UK, Lazet went looking further afield. “I wanted to do my apprenticeship in England but I didn’t make the course at the Racing School, so I went to do my amateur license, but never got the opportunity to get rides. It was very difficult in England,” she said.

“I heard that either Australia or New Zealand was a good place to be, so I came to New Zealand and rode as an amateur for Ken Duncan for eight months. “I loved it. I was race riding within two months, which was just unbelievable. In England, it would have taken me years and years. “It is so much easier and everyone is very supportive.”

After going home for a break for three months, Lazet returned to New Zealand in January this year and has been apprenticed to Awapuni trainer Mike Breslin. “Everyone has been really good. I had two rides for Mike the other day and another at Waverley on Sunday,” Lazet said.

“Lisa Latta has been very supportive as well. I try and ride for her at the jumpouts and trials as often as I can. “I also go to jumpouts at Stratford and Hawera and ride for trainers as well.”

A natural light-weight, Lazet walks around at 49kgs and is a good addition to the New Zealand riding ranks in an industry that allows her to capitalise on her affinity for horses. “When I started off I didn’t really know what I was in for,” Lazet said.

“It is obviously a lot tougher than I thought it would be but I do like working and I don’t mind being busy all the time. I wouldn’t want to be doing anything else.”