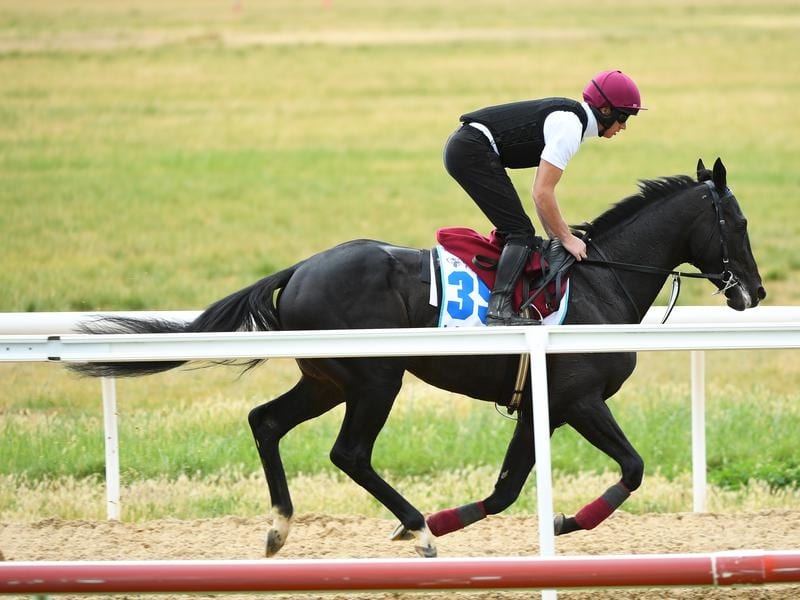 Irish trainer Joseph O’Brien has returned for a second Australian visit with Latrobe to contest the Group One Mackinnon Stakes at Flemington.

O’Brien made headlines around the world 12 months ago when Rekindling defeated Johannes Vermeer, trained by his father Aidan, in the Melbourne Cup.

Latrobe is one of 10 acceptors for Saturday’s final Group One race of the Melbourne spring carnival.

Like Rekindling, Latrobe is a northern hemisphere-bred three-year-old and was sent to Australia to prepare for the Melbourne Cup.

But the team, which includes owners Lloyd and Nick Williams, felt he wasn’t mature enough for such an arduous race.

“He didn’t have the miles on the clock that Rekindling had and he wasn’t a guaranteed stayer, a less mature colt,” O’Brien said.

“Having spoken to Lloyd and Nick we thought the Mackinnon might be a better spot for him.”

O’Brien inspected Latrobe at Werribee on Wednesday as the colt rounded out his preparation for Saturday’s race.

He liked what he saw, saying the team in Melbourne looking after the colt had done a tremendous job.

“He seems to have travelled down well and I’m looking forward to the race,” he said.

“Hopefully he’ll get there in one piece and we’ll see what happens.”

With Hugh Bowman incurring a one-month suspension stemming from three charges for his ride on Melbourne Cup runner-up Marmelo, Latrobe will be ridden by Mark Zahra on Saturday.

Latrobe defeated Rostropovich, fifth in the Cup, in the Irish Derby in June and hasn’t raced since finishing second in the Irish St Leger over 2800m in September.

The Mackinnon Stakes will also feature Cup-winning trainer Charlie Appleby who will saddle Blair House in the $2 million weight-for-age contest.

Blair House has been installed the $2.30 early favourite with Latrobe second pick at $5.

O’Brien changed the face of the Melbourne Cup with Rekindling’s victory as a northern hemisphere three-year-old, a feat replicated by the Appleby-trained Cross Counter on Tuesday.

“Fair play to Charlie and all the team they did a fantastic job with the horse,” O’Brien said.

“They mapped out the race for quite a few months and I suppose it was a plan well executed.

“It was a great race and hopefully I’ll have something to run in it next year.”