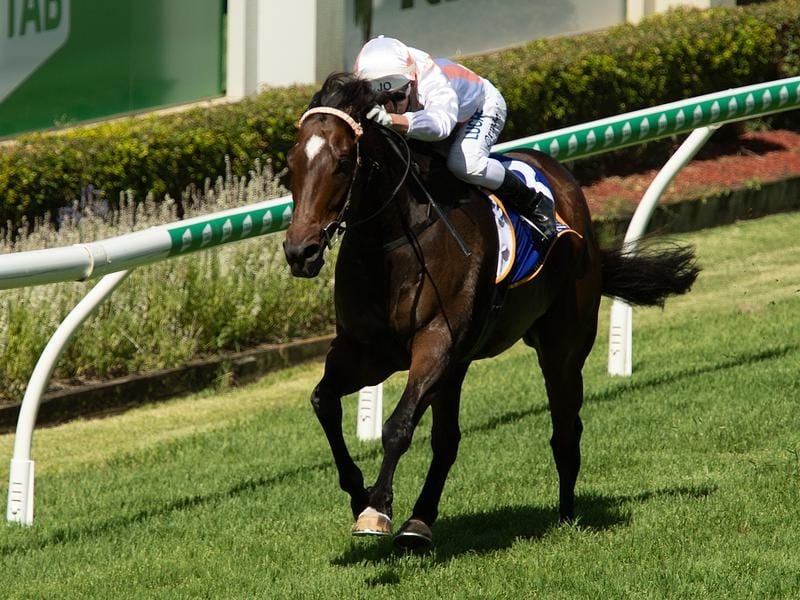 Trainer Barry Lockwood a one stage thought he might have to ride his horse Fiery Heights himself before the gelding scored in the Listed Falvelon Quality (1100m) at Doomben.

Lockwood had a desperate search for a jockey who could ride on the minimum weight with 13 of the runners on 54.5kgs or 54kgs.

“At one stage I really thought I would ride him myself. I still reckon he would have won,” Lockwood quipped.

Lockwood finally got Jim Orman to ride Fiery Heights and stewards allowed him to be a 1/2 kilo over for the race.

“He was in the steam trying to get the last bit off. But I told him the ride would be worth it,” Lockwood said.

Four races on the card had wild card entries for horses into the big race day who had not been sold at a Magic MIllions sale.

Starting at $21 Fiery Heights held on to beat Irish Constabulary by a short half head in 1.03.24 which was just outside Star of Florida’s course record for 1100m.

“Fiery Heights has really come along since joining my stable and that was his third win for us. I give him a real chance on Millions day,” Lockwood said.

Larry Cassidy, who rode Irish Constabulary, said his horse would have run an outstanding final 600m after being well back in the middle stages.