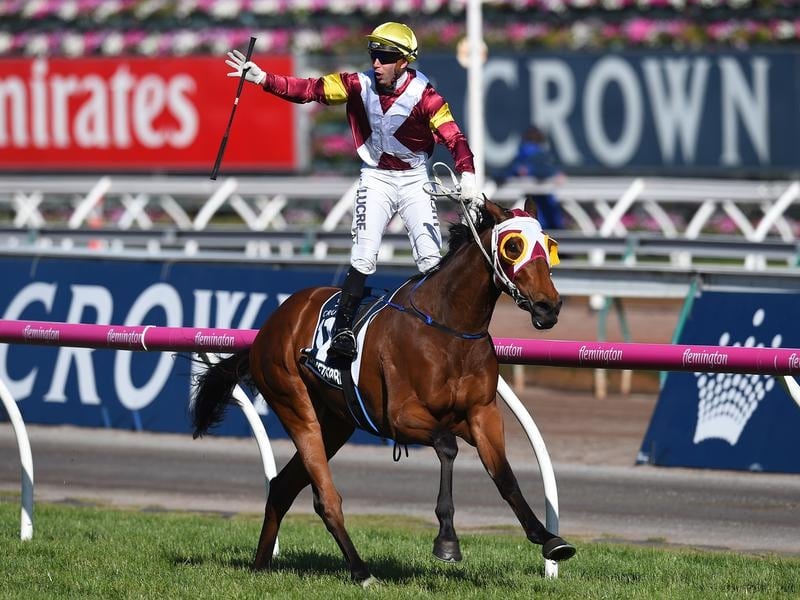 Group One winner Lasqueti Spirit will be retired to stud with a leg injury putting paid to spring plans for the mare.

Lasqueti’s Spirit’s all-the-way win in the 2016 VRC Oaks under a daring ride from Brenton Avdulla remains her only career win with another highlight her second to Winx in the 2017 Chipping Norton Stakes.

Her creditable fifth in the Sydney Cup earlier this year encouraged her connections to keep her in work but to their disappointment the mare pulled up sore after trackwork this week.

“She has a minor tendon strain in her off foreleg which meant she would miss the spring so the owners have made the decision she will go to stud,” trainer Lee Curtis said.

“It’s really disappointing because she was going so well and we had dreams of getting her to the Melbourne Cup.

“I’m not sure yet whether the owners are going to keep her or sell her and what stallion she will be going to but I’m sure she will make a lovely broodmare.”

Lasqueti Spirit raced in the colours of prominent owners Frank and Christine Cook who are the major shareholders in the Curtis-trained Meryl, a Group Three winner as a juvenile last season.

“Meryl will have her second trial on Tuesday and she will run in the Princess Series,” Curtis said.

“I’m really happy with her and she will have a good hit-out on Tuesday and hopefully can go on with it.

“I think she is a genuine stakes filly so while it’s sad to lose Lasqueti, there is always something to look forward to in racing.”