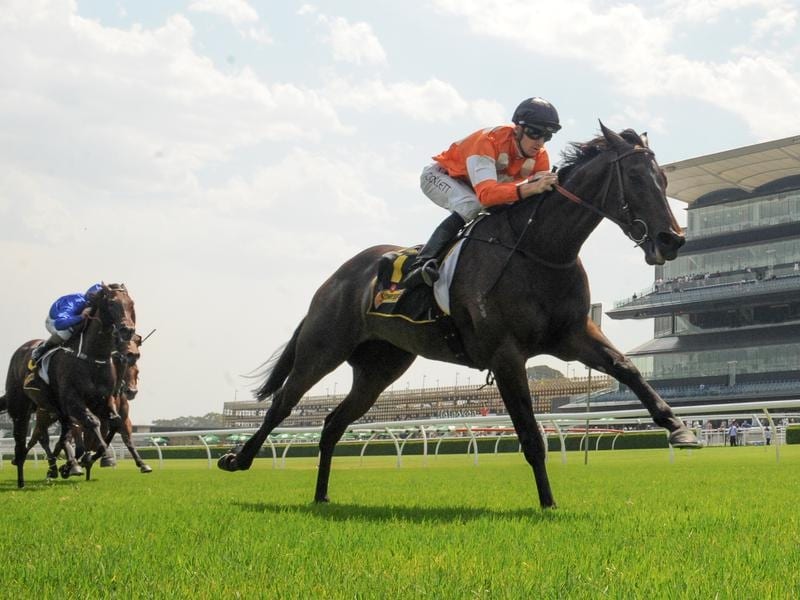 Lashes and co are not in that class, but Smith believes the mare can build on Saturday’s win in he Schweppes Handicap (1100m), her third victory from eight starts.

With the previously unbeaten Adelong ($1.90 fav) setting a solid pace, Lashes ($4.20) raced comfortably midfield before Jason Collett stoked her up in the straight.

She reeled in Adelong and drew clear to beat her by 2-3/4 lengths with Godolphin’s Enfleurage ($9.50) another half neck third.

Smith said the four-year-old coped with the oppressive heat well.

“She handled the conditions and I knew she was in good order going into the race,” Smith said.

“The pace of the race suited her as well.

“We have always had an opinion of her and now that she’s won this race we will keep her going and get her up in grade.”

Collett said he had jumped Lashes out earlier in the week and although she did not come out of the gates as cleanly as he hoped, she recovered quickly.

As a younger horse, Lashes finished third in an 1100m-race won by Vegadaze who went on to run second to subsequent champion three-year-old The Autumn Sun in the Hobartville Stakes.

Adelong’s trainer Brad Widdup said she would go for a well-deserved spell after putting together three wins and second from her four starts in a career which began in November.