Larry Cassidy To Reunite With Lubuk 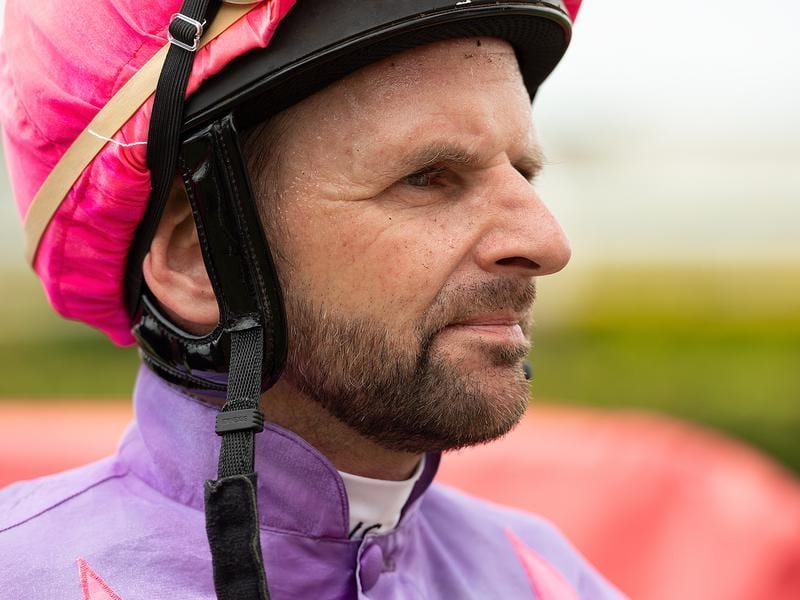 The Chris Waller-trained Lubuk provided the run of the race at his first start when fourth in the Listed Phelan Ready Stakes at Doomben two weeks ago.

Lubuk was run off his feet early and came from 10 lengths off the lead in the middle stages.

He wanted to hang in the straight but finished just under two lengths from the winner, The Odyssey.

Cassidy rode Lubuk and was an immediate fan of the colt.

“I think he can win a good race and in the not too distant future,” Cassidy said.

“He is a really nice horse in the making.”

Cassidy knows what he is talking about as he is rapidly closing in on his 2800th career win which includes 42 Group One victories.

He won three Sydney premierships before moving to Queensland where he rode Winx to win the 2015 Sunshine Coast Guineas, the first race in her winning streak which has now stretched to 29.

Cassidy and Lubuk will need to be at their best to win the Group Three B J McLachlan Plate (1200m) at Doomben on Saturday after drawing the outside barrier.

Lubuk is entered in the Magic Millions Classic but will need more prize money to get into the race.

His ownership is almost a who’s who of Waller’s biggest clients including Winx’s co-owner Peter Tighe, Christine Cook, Noel Greenhalgh, Neil Werrett and the trainer himself.

Waller has another McLachlan starter, Krameric, who is chasing a Magic Millions Classic berth next month.

Krameric was third to Millions second favourite Dubious in the Randwick Breeders’ Plate and again third at his last start in the Phelan Ready Stakes.