Lanciato Takes On Sprinters In Missile 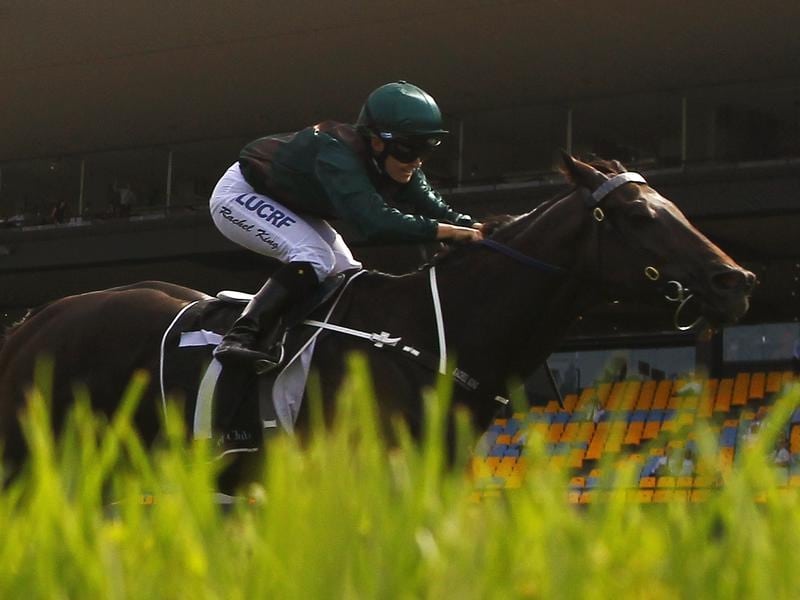 While the Group Two Missile Stakes is being touted as an audition for the $13 million Everest for some horses, nothing could be further from trainer Mark Newnham’s mind with Lanciato.

Newnham is aiming Lanciato at the Epsom Handicap and earmarked Saturday’s Missile (1200m) as the perfect starting point for the Group Three winner.

The Missile could have 10 runners with The Monstar added to the entries on Tuesday morning.

Lanciato has yet to win at shorter than 1300m with the other nine nominations all boasting wins at the Missile distance.

But Newnham expects Lanciato to be hitting the line well after two solid barrier trials since his creditable seventh behind Happy Clapper in the Doncaster Mile in April.

“He is a horse who is best fresh but this is his first test at weight-for-age,” Newnham said.

“He is coming up really well and this race race suits heading towards the Epsom Handicap.

“The Epsom third-up suits him and the timing of the Missile is right for him.”

The Group Two Tramway (1400m) on September 1 is at set weights and penalties.

Lanciato is a $17 chance in early markets on the Missile and $15 in the Epsom Handicap.

“The Missile will be his biggest test first-up but with the Epsom as his goal we will stick to the program,” Newnham said.

A former jockey and long-time assistant to Gai Waterhouse, Newnham has completed his second season as a trainer and operates stables at Warwick Farm and Randwick.

Rachel King retains the ride on Lanciato in what will officially be be her first Group race as a senior rider.

King won the 2017/18 Sydney apprentices’ premiership despite riding for several months without a claim.