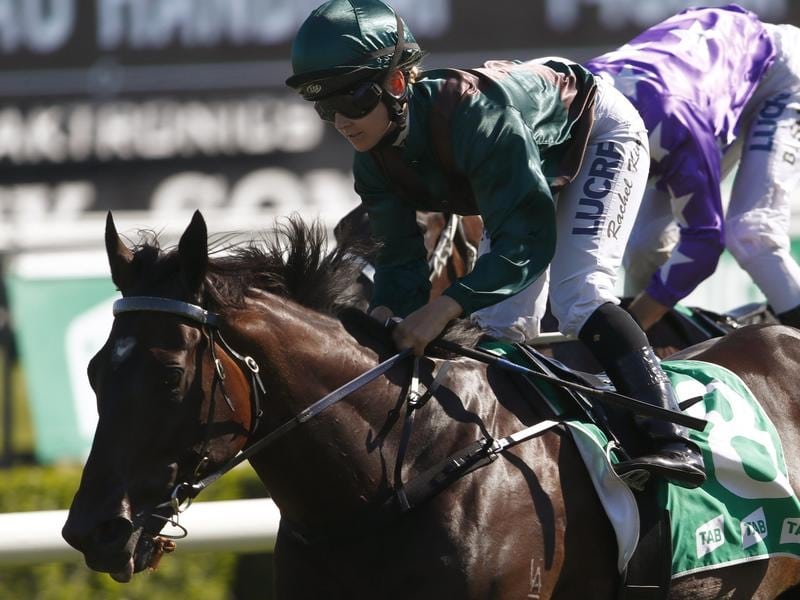 Trainer Mark Newnham has saddled up the first two-year-old barrier trial winner in Sydney for the season with Exceed The Stars beating three opponents over 740 metres at Randwick.

The colt is one of the most advanced youngsters in Newnham’s stable and all going well, he will head to next month’s Breeders’ Plate on September 29, the same day stable stalwart Lanciato competes in the Group One Epsom Handicap.

“Of the colts I’ve got, Exceed The Stars is the most advanced and it was pleasing to see him win the trial,” Newnham said.

“He’s qualified to race now so the most crucial part is the improvement he makes from the trial over the next few weeks.”

Lanciato will have his lead-up to the Epsom (1600m) in Saturday’s Group Two Tramway Stakes after also pleasing his trainer in a recent barrier trial.

Tommy Berry, who spent last season riding in Hong Kong, will be aboard in the Tramway replacing Rachel King.

“Lanciato is terrific. Everything is going to plan,” Newnham, said.

“Tommy got a feel for him again after not being able to ride him for the last 12 months.

“He’s ready for Saturday. Depending on what weight he gets in the Epsom Rachel could be back on again but Tommy has first refusal.”

Under the set weights and penalties conditions of the Tramway, Lanciato will carry 56kg with triple Group One winner Le Romain topweight with 59kg.

Lanciato is on the second line in the TAB’s Epsom market at $8 with Kementari and D’Argento co-favourites at $6.

Happy Clapper won both the Tramway and the Epsom last year, running second to Winx in the George Main Stakes in between.

Lanciato will not race between the Tramway and the Epsom with Newnham preferring to space his races.

“He likes to race fresh so the four weeks is ideal,” he said.

“He loves Randwick so I will be disappointed is he is not in the first three on Saturday.”