Ladd was such a driving force for breeders 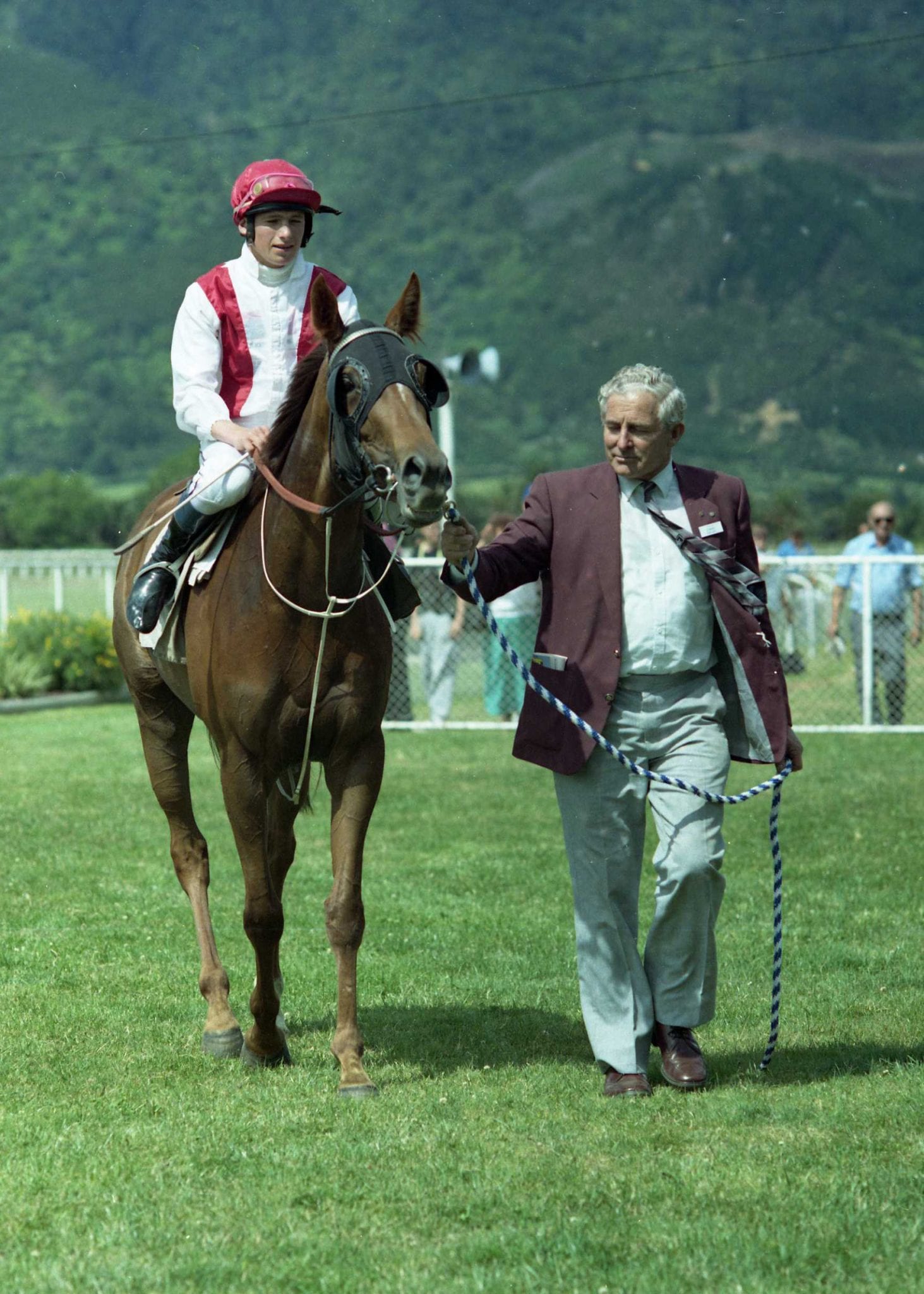 Next Monday will mark the farewell to one of the unsung promoters of the New Zealand racing and breeding industry with the funeral of Ronald Walter Ladd, QSM. Ladd, who died peacefully at the Cascades Rest Home in Hamilton last Monday at the age of 93, made a huge impression through his services to racing and breeding, an input which resulted in him becoming a Life Member of the New Zealand Thoroughbred Breeders’ Association and the Te Aroha Jockey Club. Ladd also served on the NZTBA council and was vice president from 1993-96 as well as two terms as president of the Waikato branch of the NZTBA.

It was his work behind the scenes which made him such a valued member of any organisation – and he was involved in plenty of them. A farmer on the outskirts of Morrinsville, Ladd was heavily involved within the community. He was a valued and decorated member of Morrinsville’s Rotary Club, deputy mayor of Morrinsville for a term, a local councillor for 18 years, spent eight years as Chairman of the Morrinsville Board of Governors and also chaired the committee which was responsible for establishing the Morrinsville Events Centre, as well as also being on the Waikato University and High School Teachers’ Councils.

It was through such public service he was recognised with the Queen’s Service Medal (QSM) in 2000. “He was also involved in the National Party for 29 years and was keen to be a politician, but Mum (the late Betty) was glad he didn’t go on with it,” Ladd’s son, Colin, remarked. “He was already doing so much and she was doing all the work behind the scenes, helping him all the way.”

Through it all, Ladd’s main passion was his horse racing and his love of breeding thoroughbreds and he did all he could to better the opportunities for fillies and mares in this country. He was the instigator of FAMIS (Fillies and Mares Incentive Scheme), which was the first of its kind in the southern hemisphere, and was also the driving force behind the Te Aroha Jockey Club’s placement scheme of sire nominations, from which funds went to the club’s flagship event, the New Zealand Thoroughbred Breeders’ Stakes (1600m).

He was determined to have the feature fillies and mares event elevated to Group 1 status and was so proud when successful in 2002, the year it was won for the second consecutive year by Saint Cecile. “The Breeders Stakes became only the second Group 1 fillies and mares event in the southern hemisphere – the Coolmore Stakes in Australia is the other,” Vicki Pascoe, a close friend to Ladd and a past president of the Waikato branch of the NZTBA, said. “It was Ron who got me so involved in the Thoroughbred Breeders and he helped so many others and really helped develop the Waikato branch. People don’t realise how much he put in.”

Jock Wilson, a past president of the Te Aroha Jockey Club, echoed Pascoe’s sentiments and recalls Ladd’s drive behind the establishment of the TRAC (Thoroughbred Racing Action Consortium), a partnership initially between the Matamata, Tauranga, Taupo, Thames, Rotorua and Te Aroha racing clubs. “He wrote the constitution for TRAC and the group was very successful early on,” Wilson said. “He was the chairman of our Te Aroha Breeders sub-committee and served probably 20 years on our committee. He knew how to get things done and he kept everyone on their toes at our AGMs, but he had a dry sense of humour, too.”

Ladd was recognised for his input when a popular and worthy winner of the Flair Racing Quiet Achiever award at the 2003 Waikato branch of NZTBA dinner. While farming at his Piako Road property from 1974 for almost 27 years, Ladd increased his interest in breeding after initially having no joy with his first leased broodmare venture. His breakthrough came after he purchased Our Sunshine from Reg Kellow in 1971 and she left three winners, but more importantly her descendants produced a host of winners from Ladd’s Gordonton property (then named Sunshine Lodge).

One of Our Sunshine’s daughters, Our Sovereign (by Gold Sovereign), won twice for Ladd and his wife and went on to produce six winners, including Irish Flirt, the best horse to sport the Ladd colours. Irish Flirt recorded seven wins and the highlight came when she defeated the top-class gallopers Megabucks and Waikiki in the 1991 Group 2 Star Way Stakes (1600m) with Ladd leading her back to the winner’s stall on his beloved Te Aroha track.

The Mike Moroney-trained Irish Flirt (by McGinty) won two other stakes races and was five times stakes placed then left eight winners, including Perth stakes winners O’Flirty and McFlirt (a seven-race winner before enjoying some success as a sire).

Five years before Irish Flirt’s Group 3 win Ladd was responsible as a breeder for Moroney’s first Group 1 training success when Imperial Angel took out the 1986 New Zealand 1000 Guineas (1600m). Imperial Angel was a daughter of Shining Angel, the first foal Ladd bred from his foundation mare, Our Sunshine.

Another highlight for Ladd was watching Mi Babe, a great granddaughter of Our Sunshine officially bred by his son Colin and daughters Maylene and Beverley, provide trainer Katrina Alexander (a close relative) with her first stakes victory in the 1998 Group 3 Ladies Mile (1600m) at Ellerslie. The triumph came after Mi Babe recorded a couple of wins and a third in Group 1 New Zealand 1000 Guineas (1600m) between seconds in Group 3 Desert Gold Stakes (1600m) and Group 3 Eulogy Stakes (1600m). Darkside, Majestic Angel, Forfar, Just A Dream and, more recently, Pinmdown (a daughter of Mi Babe) are black type performers tracing back to Ladd’s foundation mare.

Ladd was struck down by a stroke and hospitalised for two months from August 2000 and as a result dispersed his broodmare band, but it didn’t stop him being involved within the industry. He made a special effort to be at Te Aroha on Breeders’ Stakes days and he went on to race more horses with his last win coming in April last year when Incantesimo scored her third win, at Ellerslie.