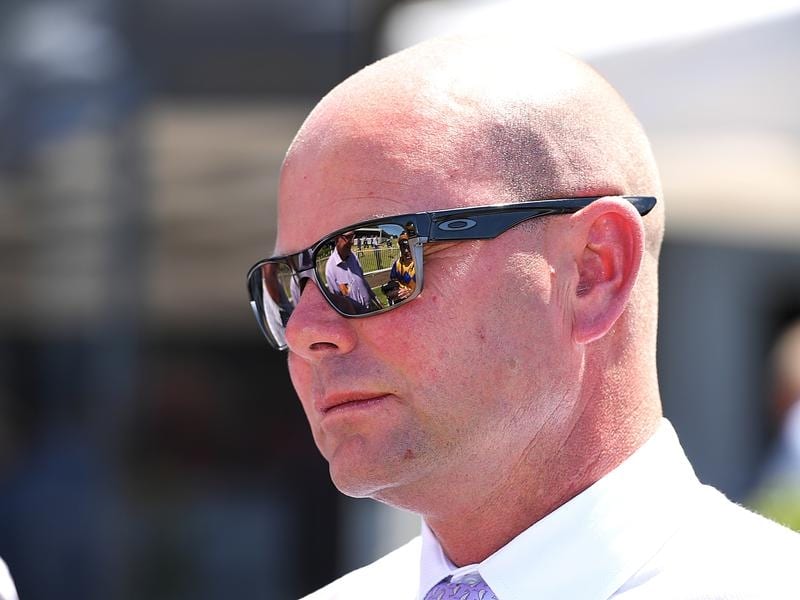 Stakes-placed mare La Scopa has stamped her class on the Country Championship qualifying heat at Grafton and is now the favourite for the final at Randwick.

La Scopa is trained by Matt Dunn at Murwillumbah and gave him his fifth winner on Sunday’s program with Jason Collett riding four including La Scopa.

The mare, who ran second in a Listed race at the Sunshine Coast in April last year, started at $1.65 and stormed home to beat Queen Of Kingston ($13) by a length.

“She’s been stakes-placed and won a Highway race so she deserves her place ,” Dunn said.

“She got into this race well with just 54 kilos.”

Collett admitted he had not been as confident on the turn as her odds would have suggested.

“I’ve been more confident,” he said.

“She was on the bridle then off the bridle and ran the race in patches. But she’s the right type of horse for the final. She ticks the boxes.”

Daniel Bowen, trainer of the runner-up, said Queen Of Kingston had improvement to come.

“This is the biggest thrill I’ve had in racing,” he said.

The Grafton heat was the last of the regional qualifying events with the Wild Card at Muswellbrook next Sunday the last chance to get in the final.

Horses from all areas nominated for the series have the opportunity to run in the Wild Card.