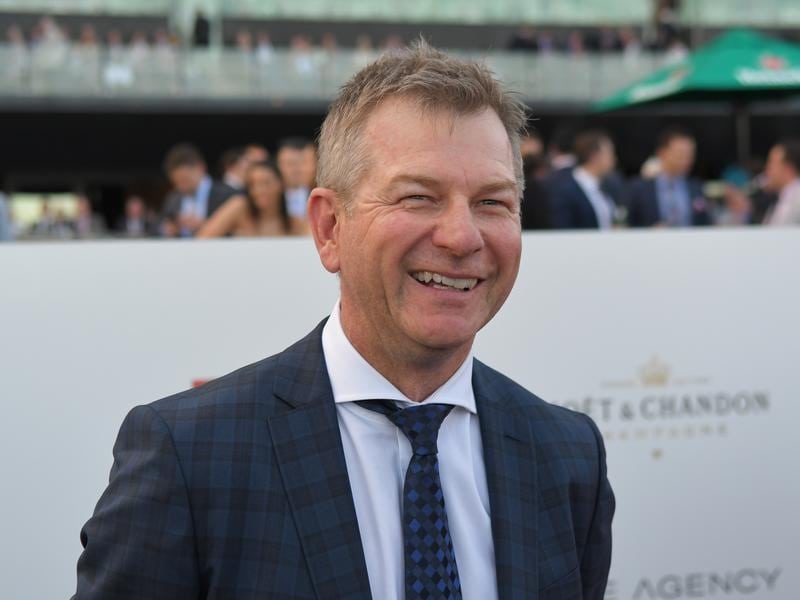 Smart Melody’s win in the Listed Cap D’Antibes at Flemington on Saturday has her at $3.50 for the Thousand Guineas at Caulfield on October 13 while the regally bred Miss Fabulass is at $4.60 for the Flight Stakes on September 29 following her Tea Rose Stakes win at Randwick.

Unbeaten in four starts, Smart Melody will step up from the 1100m of Saturday’s race to 1400m in the Thousand Guineas Prelude.

The filly is raced by Eduardo Cojuangco’s Goree Stud while Miss Fabulass runs in the colours of businessman John Singleton who owns her mother, Samantha Miss, the horse Lees regards as the best he has trained.

Samantha Miss won all four legs of the 2008 Princess Series which culminates in the Flight Stakes and went on to run third in the Cox Plate before claiming the VRC Oaks.

Singleton paid $3.85 million for Samantha Miss at the National Broodmare sale and Miss Fabulass is the result of a mating with champion Frankel in England to southern hemisphere time.

“She has the brilliance of her mother but Samantha Miss had more race sense at the same stage but she’s getting there,” Lees said.

“I’m deeply honoured that John Singleton gave me the opportunity to train her being by Frankel out of my favourite horse and we are slowly repaying him.”

Lees also trains the favourite for Saturday’s Golden Rose (1400m) with Graff holding sway at $4 over The Autumn Sun at $6.

Raced by Alan Bell, a former trainer and racing administrator, Graff was gallant when second to Lean Mean Machine in the Run To The Rose on a heavy track on September 8.

The Newcastle trainer is also looking at all options for established Group One performer Le Romain.

The six-year-old looked as if he might give Winx a scare in Saturday’s George Main Stakes when he pinched a break in the straight but the champion turned it up a notch to run him down and win by four lengths.

Le Romain is an $11 chance in the Epsom Handicap (1600m) on Sept 29 but with one slot left in the $13 million Everest on October 13, connections could change direction if there is an offer.

Lees has taken charge of Everest contender In Her Time from suspended trainer Ben Smith.

The mare galloped between races at Newcastle on Friday and will head to a barrier trial before her return on September 29.

“She will trial at Newcastle on Wednesday then head to the Premiere Stakes before the Everest,” Lees said.