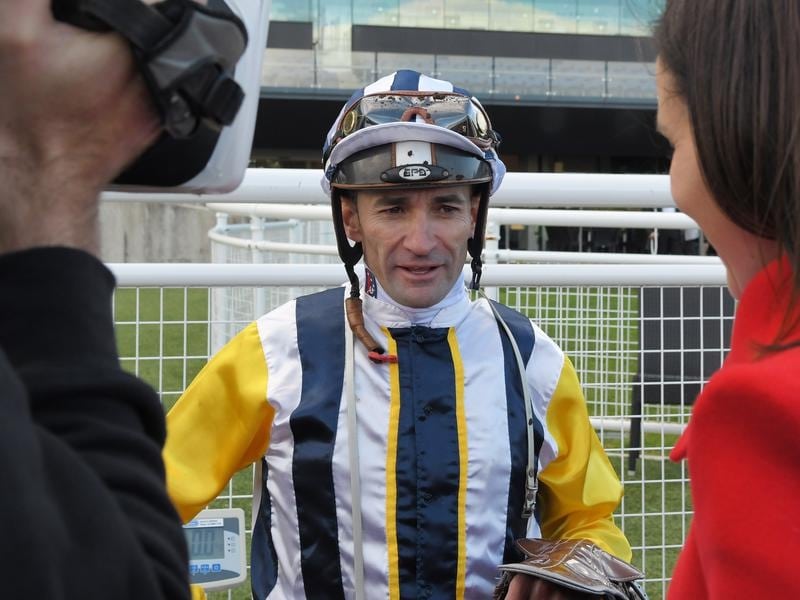 Corey Brown is upbeat about the impending return of The Everest contender In Her Time following a strong barrier trial performance at Newcastle.

The mare sat outside the lead in the 1000m heat and took over the running in the straight before she was nabbed by Group One winner El Dorado Dreaming.

Brown made the trip from Sydney to Newcastle especially to test in Her Time and has no doubt she is in superior condition to 12 months ago when she won the consolation race on The Everest program.

“She towed me up around the leader and even though El Dorado Dreaming was coming late I was trying to shut her down because she’d done enough,” Brown said.

“I think she’s better than what she was when I rode her in Sydney last spring. She’s right on song.”

In Her Time and El Dorado Dreaming joined the Kris Lees stable last week after their trainer, Ben Smith, was suspended by stewards in the wake of a raid on his Newcastle stables.

El Dorado Dreaming was scratched from Saturday’s Tea Rose Stakes due to a swab irregularity but has since been cleared by stewards to race.

She was impressive in her first public outing for Lees on Wednesday and the trainer is considering sending her straight to Melbourne for a possible clash with unbeaten stablemate Smart Melody.

“I’m still in two minds where she resumes, possibly Sunday week at Caulfield in the Thousand Guineas Prelude,” Lees said.

“We’ll sit down and have a real good look at the program and see how she comes through today’s trial but she hit the line well.”

In Her Time will return in the Premiere Stakes on Saturday week when she will clash with last year’s The Everest winner Redzel after he missed a scheduled run at Randwick on Saturday due to muscle soreness.