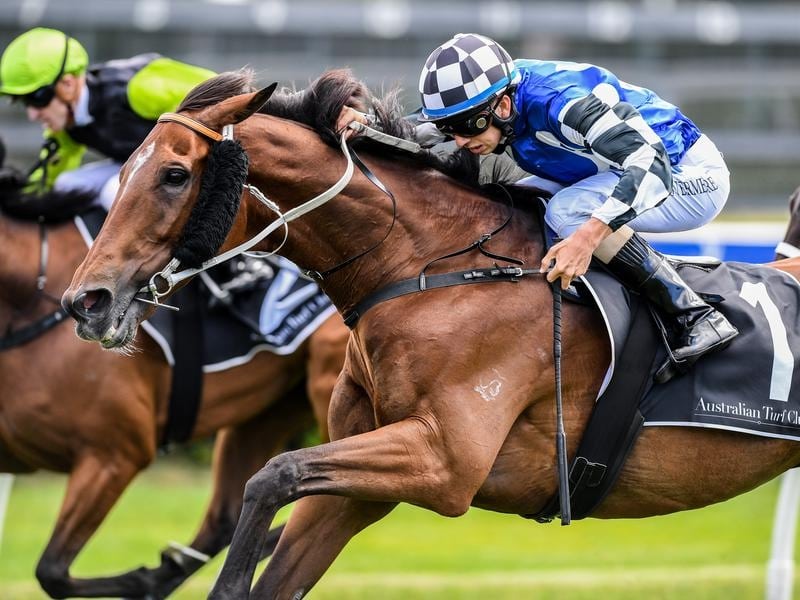 Trainer Kris Lees has called on premier Brisbane jockey Jeff Lloyd as he continues his push into Queensland racing at Caloundra.

Lees will have Doukhan in the Group Three Queen’s Cup (3200m) where he will take on his recent Sydney conqueror Plot Twist.

Damian Browne rode a double for Lees at Doomben last Saturday but had a commitment to kiwi stayer Megablast in the Cup.

Lloyd who is already a clear winner of another Brisbane premiership is yet to win a Queens Cup-Queensland Cup and gets a final chance on Doukhan.

The veteran jockey is excepted to announce his retirement date soon.

Lees intends to have a higher presence in Queensland racing and will be sending more horses north through trainer Mel Eggleston’s Gold Coast stables.

Lees’s travelling foreman Cameren Swan said it was hoped the stable could target more races in Queensland with the right horses.

“Kris likes to place his horses in races that suit, and there should be plenty in Queensland,” he said.

Doukhan looks an ideal type for the Queen’s Cup after going down by a nose when second to Plot Twist in the Stayers Cup (3200m) at Randwick last month.

The nine-year-old, who has since run fourth in the Winter Cup Rosehill, meets Plot Twist on the same weight terms as the Stayers Cup.

He is raced by the Australian Bloodstock group which had a double with Princess Posh and Hallelujah Boy for Lees at Doomben last Saturday.

A French import, Doukhan hasn’t won since scoring at Randwick over 2400m and then Canterbury at 2700m in November.

While 57-year-old Lloyd is trying to add to his stakes tally, apprentice Stephanie Lacy will be trying to outdo her more experienced rivals.

Lacy will ride Skytrek as she tries to emulate Michelle Payne, the only woman to win the Queensland Cup which she did on Turner Bayou in 2013.

Skytrek’s trainer Barry Lockwood has rewarded Lacy with the ride after she won on the horse at Doomben last week.