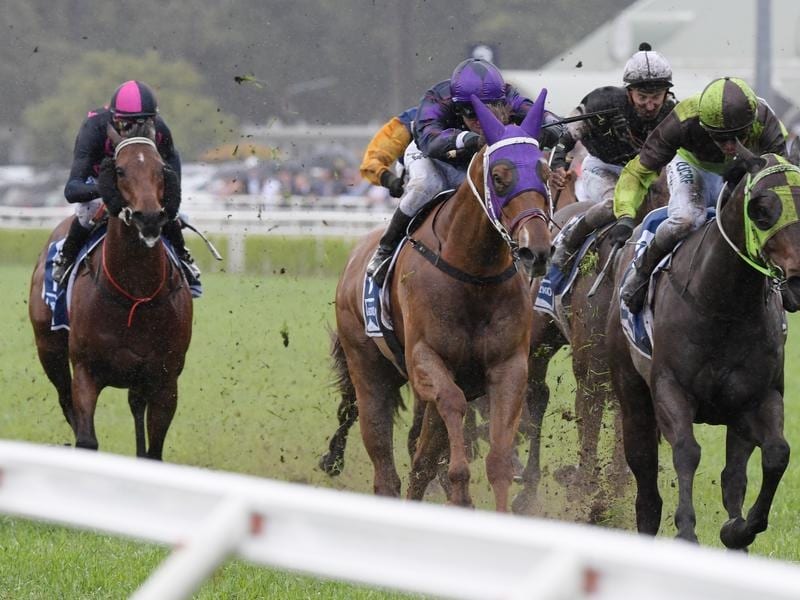 It will be business as usual for John Shelton and his stable star Belflyer when the pair hit the road to take on an open handicap at the Sunshine Coast.

The NSW country trainer enjoyed his biggest moment on a racetrack last month when Belflyer won the $1.3 million Kosciuszko.

The stakes will be a little tamer when the horse lines up in a $75,000 race at Caloundra on Saturday, a return to reality after the thrill of Everest day at Randwick.

“It was a big buzz,” Shelton said.

“It took a little while but we’re back to earth.”

Shelton said Belflyer had come through his Kosciuszko win in good order despite the testing track conditions on the day.

While the performance might have some punters marking him as a wet-track specialist, Belflyer is versatile and has scored seven wins on dry surfaces.

“I had a bit of doubt about the heavy track because I had never run him on a heavy track since I’d had him.

“He got through that but he’s very effective on dry tracks too.”

Belflyer has top weight of 59kg in the Caloundra Automotive Open Handicap, which has attracted an intriguing mix of horses.

The Chris Munce-trained Nikitas also adds interest to the field and looks better suited on Saturday after lugging 63.5kg when he resumed over 900 metres at the Gold Coast in October.

The five-year-old, who has been competitive in good grade in Sydney and Melbourne, drops to 54kg and has twice won over Saturday’s 1400-metre journey.