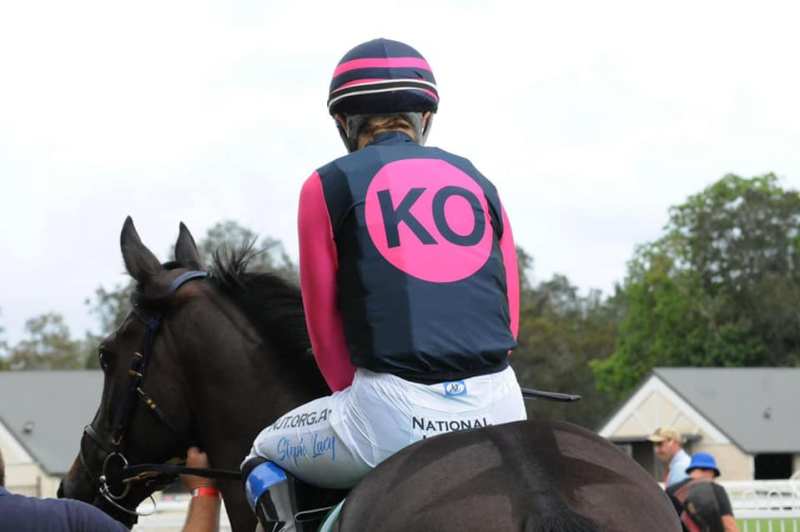 Thoroughbred owner Kobie O’Brien will be hoping that Chocolatier can run a cheeky race at odds in Saturday’s Listed Queensland Cup at Eagle Farm.

O’Brien’s pink and navy silks have been seen in the winner’s stall regularly at Toowoomba of late with notable wins from Pure Purgatory, Artie Beatsome and Chocolatier over the past two months.

This weekend’s meeting at Eagle Farm will mark the first time KO Racing has been represented in a Listed event.

Having started the syndicate with a win in a Maiden Handicap at a picnic meeting at Middlemount in August 2019 with Froze, the team has grown considerably and now bases its runners with Corey & Kylie Geran at Toowoomba.

Chocolatier was purchased by KO Racing as a tried horse from the Inglis Online Sales for $32,500 and has already made back nearly $23,000 in just five starts.

The son of Redoute’s Choice ran sixth in the Toowoomba Cup a fortnight ago, which O’Brien believes is good enough form to be competitive once again on the weekend.

“He comes out of what I thought was a really good run in the Toowoomba Cup,” he told HorseBetting.com.au.

“Jackson (Murphy) got off him and said he gives a feel that he wants further now – he was only getting warmed up late.

“He should get a nice sit in behind Sir Gunsen and Navy Cross; I think Navy Cross is the leader and the other horse will push up with him, but if we can sit just in behind them, going off his work this week and how much he’s improved with every run, I think he’s a good place chance.

“I’m really looking forward to it.”

Chocolatier will jump from barrier 10 and is to be ridden by Stephanie Thornton in the 2400m event.

Online bookmakers have Chocolatier rated as a $14 chance in Saturday’s feature race.