Kissonallforcheeks shows her class in the Shaftesbury Avenue 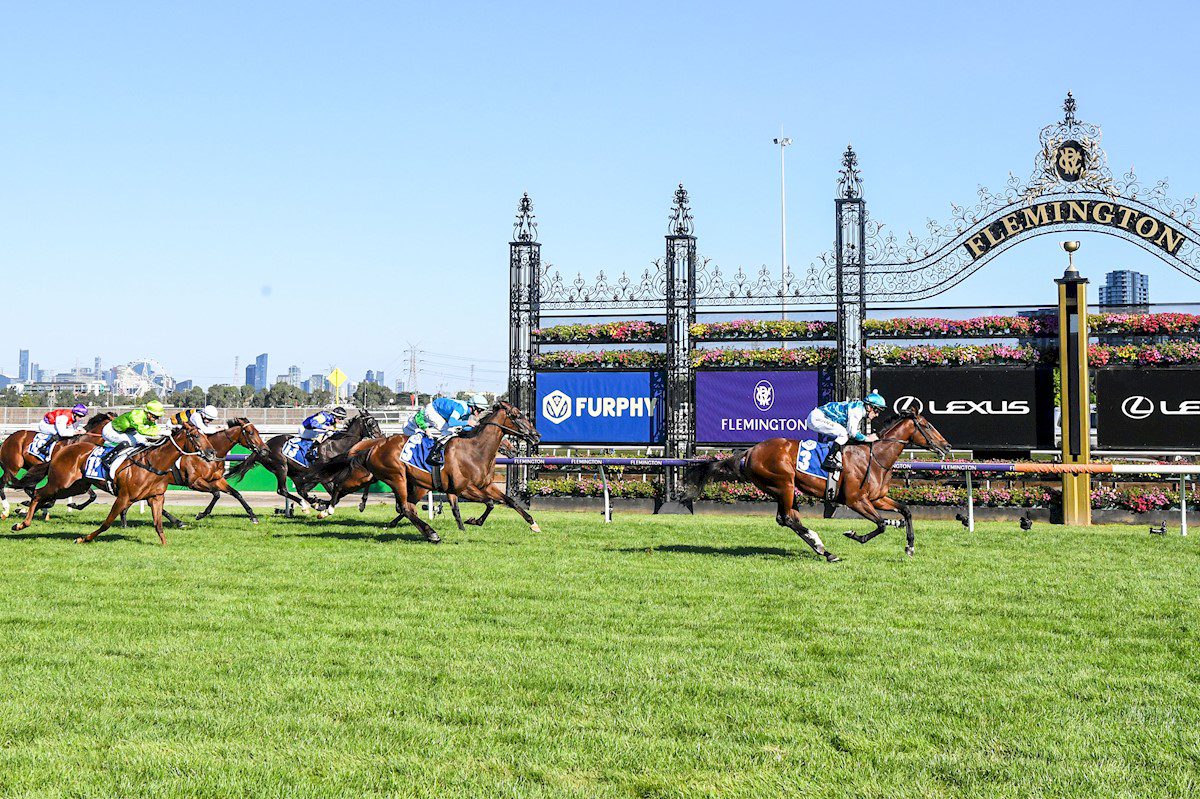 The Western Australian visitor Kissonallforcheeks has taken out the Group 3 Shaftesbury Avenue Handicap (1400m) at Flemington on Saturday.

Trainer Dan Morton brought the mare over from the West after a first-up second in the Listed Cyril Flower Stakes (1200m) at Ascot. She had also managed to record Group 1 placings last preparation in both the Railway Stakes (1600m) and Kington Town Classic (1800m).

The Ascot-trained mare appreciated the step up to 1400m; a distance where she has now won four times from six starts.

Jockey Mark Zahra settled the four-year-old in a nice position mid-field, one off the fence. Kissonallforcheeks then cruised up to join the leaders at the 300m mark before sprinting away with an impressive two-and-a-quarter length victory over the Ben & JD Hayes-trained Crosshaven.

Morton was pleased with his mare’s effort.

“I think she’s a high-class mare,” he told Racing.com after the race.

“That was pretty impressive I thought.”

Morton was optimistic when asked if the galloper had improvement in her.

“She’s a four-year-old mare and quite often a bit of a trip away does them the world of good.

“If the weather clears up North, we’ll head up to Sydney with her.”

The Ascot trainer may have come eastward sooner if it had not been for the restrictions due to the pandemic.

“I was tempted to bring her last year, same time, but she was just a bit new to it and I couldn’t keep my hands on her at that point, so we were patient and got the job done today,” he stated.

Zahra was impressed with his mount, indicating that there could be more in-store for the galloper.

“A month between runs there and to do that. I know she had a good run, but she toyed with them today.

“Danny doesn’t bring them over unless they’ve got a chance and the Perth form usually holds up over here for sure.”

Kissonallforcheeks is a $101 chance on Sportsbet for the Doncaster Mile, and a $14 chance in the Queen of the Turf Stakes.