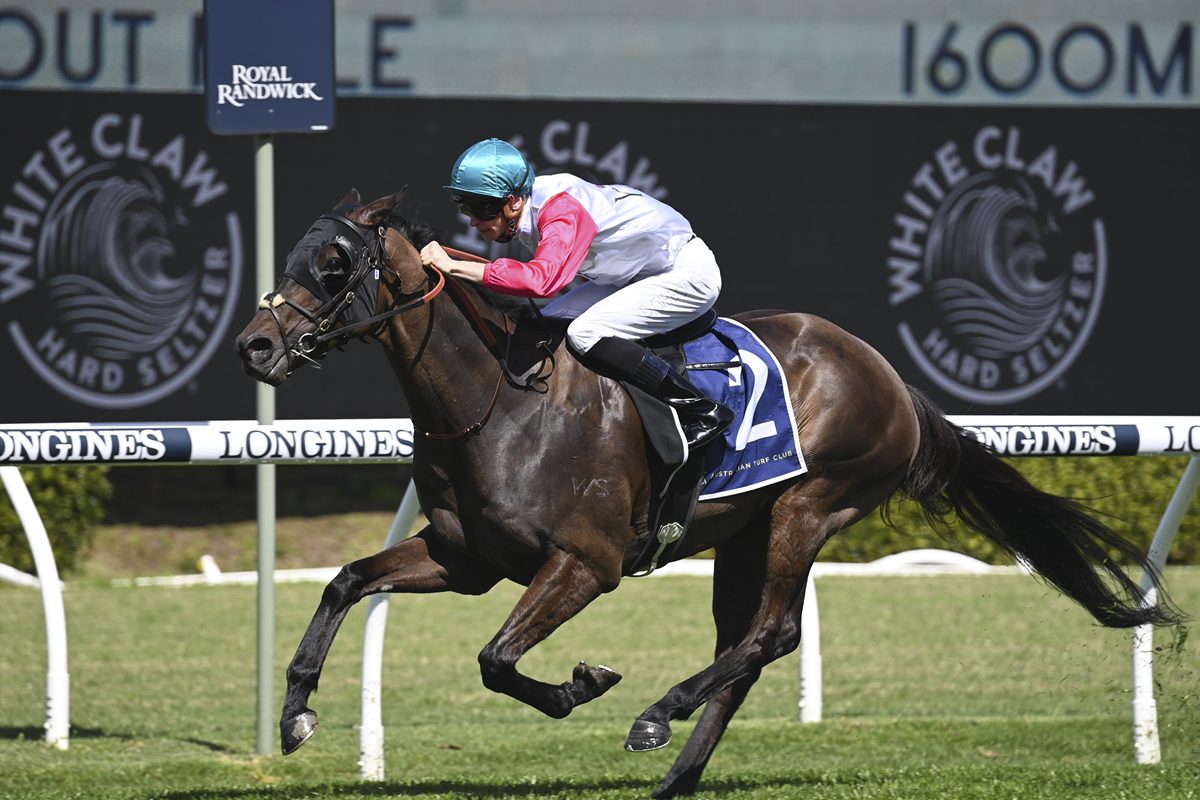 Seven-year-old gelding Kiss The Bride continued on his merry winning way at Randwick on Saturday afternoon under a positive ride from Dylan Gibbons.

A winner over the course and distance a fortnight ago, this time the promising apprentice sent the Bjorn Baker-trained son of Savabeel straight to the lead in the Shoot Out Mile (1600m) and rated him to perfection.

Kiss The Bride was challenged 300m from home, but he was far from done with and rallied strongly to comfortably keep his rivals at bay, with fellow Kiwi bred Grace And Harmony second, beaten just under two lengths.

The victory would have been music to the ears of the many members of Sydney’s Young Professionals in Racing (YPR), whose silks were donned by Gibbons.

A large YPR contingent was on-course to celebrate the 10th anniversary of the network which connects racing enthusiasts and provides a stepping stone into the sport for newcomers.

“I hope they got onto it. They are having a function upstairs and they would have had a fair bit on,” a delighted Bjorn Baker said.

“At the end of the day he is probably looking for 2000m and I just said to Dylan to be mindful of that.

The winner of nine races and $658,155, Kiss The Bride had gone the best part of 12 months without a win until his victory a fortnight ago.

“I am very lucky it is a patient bunch of owners and he is back on track now,” Baker said.

“This horse ran third in the Rosehill Gold Cup (2000m) last year behind a very good horse (Think It Over), so he is going super and out of his last race there was a stakes winner yesterday (Wild Chap winning the Group 3 Cameron Handicap at Newcastle).

“He is a great money spinner and it was great to get the day off to a great start.”

Kiss The Bride was a $200,000 purchase by Baker and Blandford Bloodstock out of Waikato Stud’s draft at New Zealand Bloodstock’s National Yearling Sale in 2017.

The smart galloper was bred by the Matamata nursery with New Plymouth trainer Allan Sharrock and they enjoyed a successful association with the dam I Do, who won 15 races including the Group 1 Makfi Challenge Stakes (1400m).

The No Excuse Needed mare delivered a filly by Super Seth last year and is due to foal to the son of Dundeel again this season.