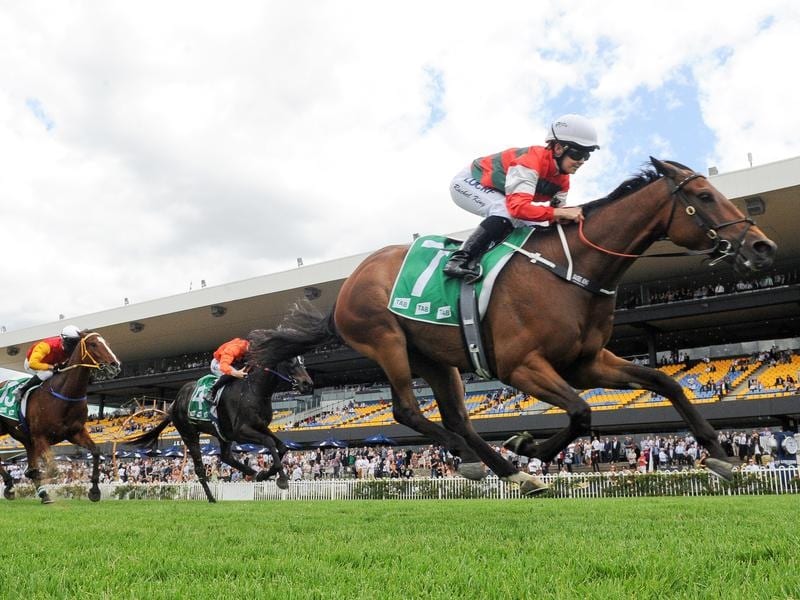 Carillon has proven he can master a big city track, claiming his first metropolitan win by two lengths.

The Craig Martin-trained gelding has redeemed his middling performance at Randwick two weeks ago when he came sixth in his city debut.

Guided by Rachel King, the four-year-old took a comfortable position on the rails in Saturday’s Highway Handicap (1500m) at Rosehill.

“He needs his own space, so I started wider at first,” King said.

The pair stayed back to allow the front runners, including $4.40 favourite Nothin’ Like Harry, to battle it out.

Carillon ($7.50) was eighth of the 10 runners at the 400m mark before King pushed him forward, crossing the line in front of Polemic ($21) with Blue Collar Boy ($41) another half length third.

Nothin’ Like Harry was caught on the rail without a run and eventually finished second last.

Martin’s stable representative Brent Evans said it was a great return to form after Randwick where “everything had gone wrong”.

“It was his first time travelling too. It was a bit tough but this time he took it all in his stride and he was too good.”

The four-year-old is very difficult to ride, Evans said.

The Tamworth-based trainer has kept the gelding lightly raced and will likely not race him again until next year.

“He’s got bigger and better things to come” Evans said.