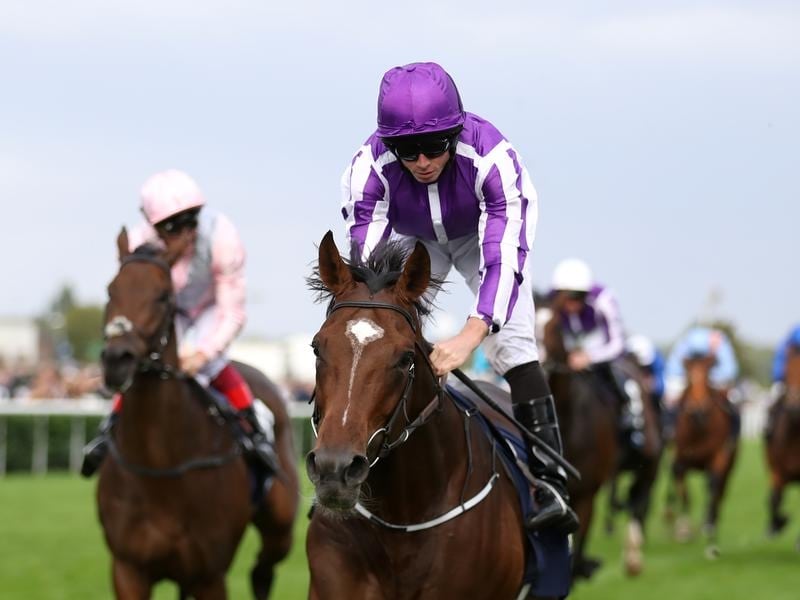 Having made a spectacular return at York last month after an enforced summer absence, Lah Ti Dar was earlier this week given the green light to take on her male counterparts and was sent out the market leader.

Her half-brother Too Darn Hot had won the Champagne Stakes earlier on the program and Lah Ti Dar was all the rage to give trainer John Gosden, jockey Frankie Dettori and owner-breeders Lord and Lady Lloyd Webber a big-race double.

But Kew Gardens had not read the script.

He passed her and went on to win by two lengths.

“We couldn’t be happier with him,” O’Brien said.

“We thought he was a horse that would stay well and we thought the distance (2900m) would suit him.”

Kew Gardens is on the third line of the TAB’s Melbourne Cup market at $17 and is now as short as 12-1 with some British bookmakers for the Prix de l’Arc de Triomphe.