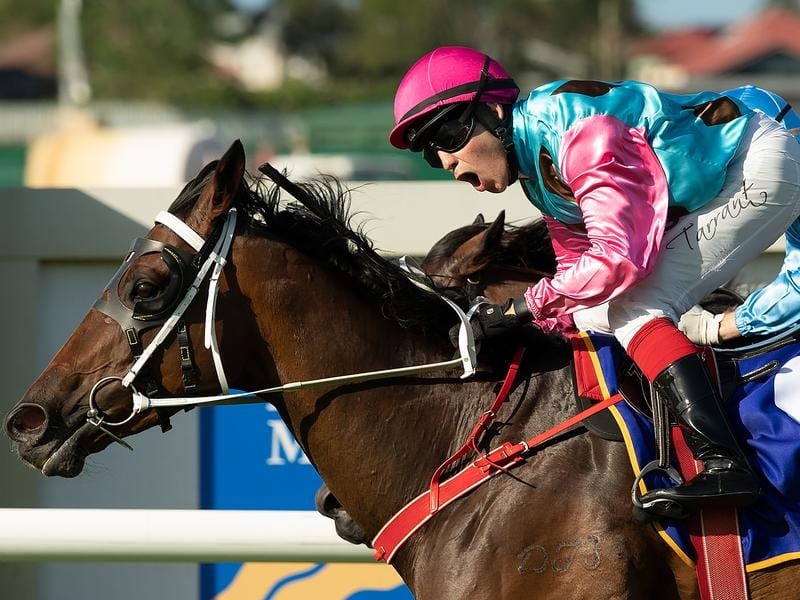 Trainer Kevin Kemp’s confidence in Sold For Song during her 30-month winning drought has paid dividends with themare winning the $150,000 Buffering Quality at Doomben.

She had not won since taking the Listed Daybreak Lover Stakes at Eagle Farm in June 2016 but Kemp never lost confidence.

The mare cost $2500 at the Magic Millions March yearling sales in 2014 and was not paid up for the Millions series.

But her win in the Buffering gives her a wild card into the $1 million Magic Millions Cup (1400m) in two weeks,

“She has been so consistent in very good company. I reckon she has won more than $300,000 in minor placegetter prize money since her last win,” Kemp said.

“But I am just so thrilled she has won at last. We are off to the Magic Millions Cup at 1400 metres which will suit us down to the ground.”

“How could you not love her. She just tries so hard. I hope there are no cameras around because I am nearly crying.”

“She cost next to nothing but today’s win took her past $600,000 in prize money all up. I am just so pleased for her owners.”

Winning jockey Luke Tarrant said Sold For Song had been suited by the frantic early pace and he had been able to get going from the 600m.

“She was deep on the turn but she needs galloping room and she got it today,” Tarrant said.

Dale Smith who rode Victorem said his horse had not been helped by the fast early pace battle.