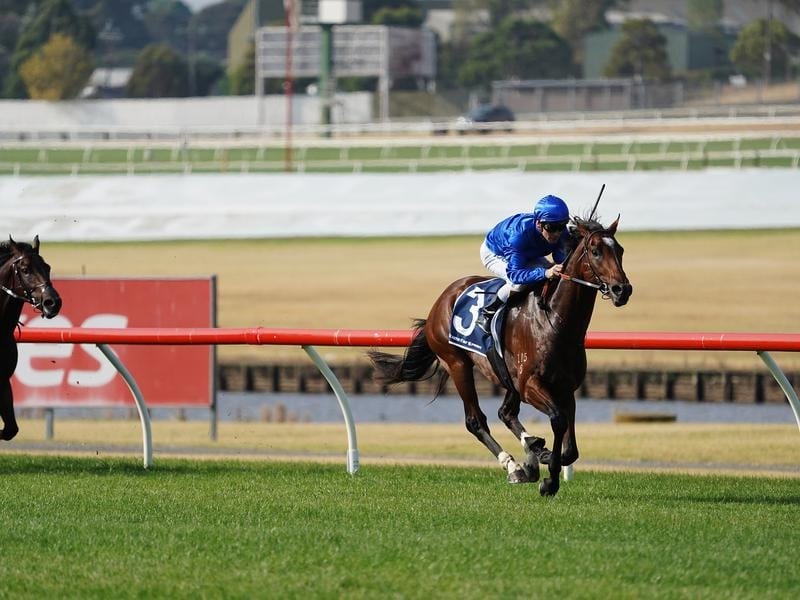 Kerrin McEvoy will make a rare appearance at a Melbourne midweek meeting, with the star Sydney jockey to travel to Sandown to test out exciting Godolphin colt Chenier with a view to an upcoming Group One race.

The Anthony Freedman-trained Chenier made a big impression when he raced to a 5-1/2-length win on debut in a 1300m-maiden at Sandown on March 20.

He is scheduled to have his next start on Wednesday at Sandown in a 1400m handicap for two-year-olds as a stepping stone to the Group One Champagne Stakes (1600m) in Sydney 10 days later for which he is at the head of early markets with some corporate bookmakers.

“He runs on Wednesday over 1400 metres and Kerrin McEvoy is coming down from Sydney to ride him with a view to riding him in the Champagne,” Freedman’s racing manager Brad Taylor said.

“He has taken really good improvement out of that debut win, so he should run really well.

“We are certainly looking forward to taking him back to the races.

“We knew he was very good but you never go to the races thinking they are going to run away and win by six lengths like that.

“It was just great to see.”

Ben Melham rode Chenier to his debut victory but is sidelined with injury.

Chenier is one of a handful of two-year-olds the Godolphin operation has with the Freedman stable and the colt was the second of those to hit the racetrack.

The first was quality filly Lyre whose five-run juvenile campaign included three wins highlighted by her Group One Blue Diamond Stakes victory in Melbourne and third in the Golden Slipper.

Two more unraced fillies, Flirting and Tragic, are among nominations for a 1000m-race for two-year-old fillies at Sandown on Wednesday.

The Godolphin operation has made a clean sweep of the three juvenile Group One races in Australia so far this season with the James Cummings-trained Kiamichi winning the Golden Slipper and stablemate Microphone taking out Saturday’s Sires’ Produce Stakes at Randwick.

The Champagne Stakes (1600m) on Saturday week at Randwick and the J J Atkins Stakes (1600m) in Brisbane during the winter carnival round out the season’s five Group One races for two-year-olds.