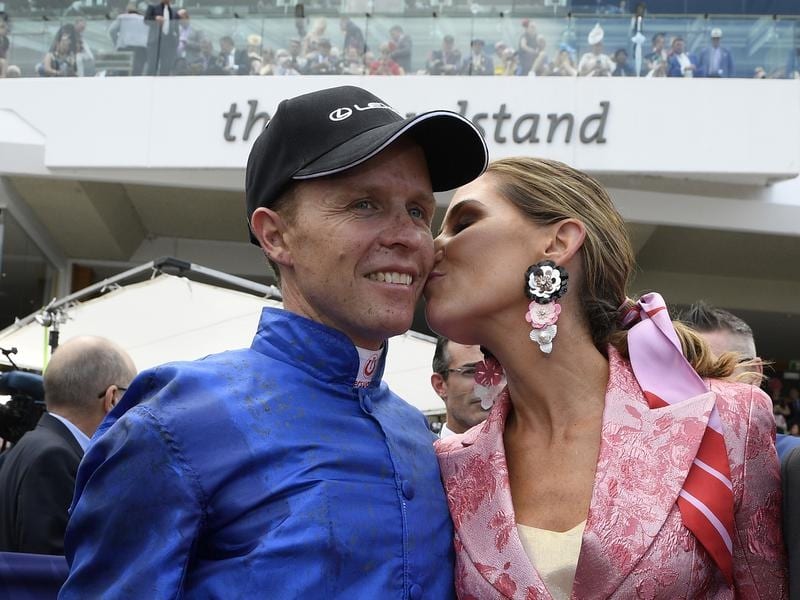 Fresh from last month’s success in the $13 million The Everest at Randwick on outstanding sprinter Redzel, McEvoy has guided international visitor Cross Counter to a stirring win in Tuesday’s $7.3 million Melbourne Cup.

“It’s unbelievable to get the job done. What a year it’s been.”

And if there was any doubt, McEvoy’s third Melbourne Cup win on Tuesday ensures he will be regarded as one of Australia’s modern-day greats in the saddle.

McEvoy won his first Melbourne Cup as a 20-year-old on Brew in 2000 before adding his second in 2016 on Almandin.

The Charlie Appleby-trained Cross Counter’s barnstorming finish at the end of the 3200m on Tuesday gave 38-year-old McEvoy his third Cup and the 70th Group One win of his career.

Along with the Group One wins, he has also won Australia’s richest race, The Everest, in its first two runnings.

Included in McEvoy’s list of Group One wins are 10 elite-level victories overseas during his time as a stable jockey for Godolphin in Europe before returning home in 2008 to be the No.1 stable rider for Sheikh Mohammed’s operation in Australia.

McEvoy became a freelance jockey in the spring of 2014 but his association with Godolphin remains strong, highlighted by his win in the famous royal blue silks on Tuesday.

“It’s great to repay the faith that he showed in me.

McEvoy’s association with Appleby stretches back to when he first started riding for Godolphin in Europe.

“I’ve known Charlie since I started working for them (Godolphin). And he took me under his wing as well,” McEvoy said.

“He’s come a long way in years I’ve known him. It’s a huge buzz to win the Melbourne Cup for him.”