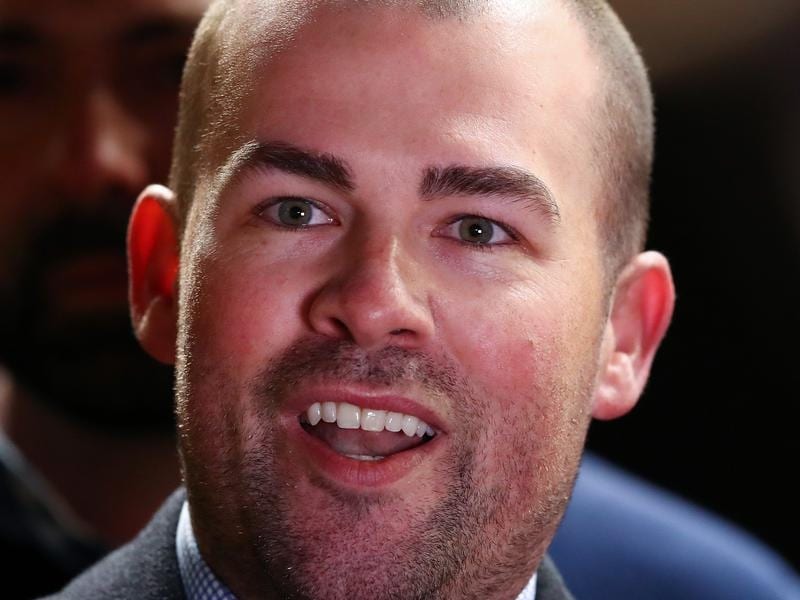 Lloyd Kennewell will train the Magic Millions sale topper after out-bidding Godolphin to secure an I Am Invincible colt out of Oakleigh Girl for $1.7 million.

Kennewell recently moved from Adelaide to Melbourne where he is building his numbers at Caulfield.

He bought the colt on Saturday night in conjunction with Matthew Becker’s Group One Bloodstock, Aquis Farm and prominent owner Ozzie Kheir.

“I thought he was the best colt in the sale obviously,” Kennewell said.

“We thought he would pass the million, but we didn’t know where he would stop.”

“He’s the sort of horse who looks ideal for the (Magic Millions Classic) race next year – or races like the Blue Diamond and Golden Slipper.”

“We wanted to go really big with one this year and we put a good crew together to do it and I think it’s worked out well.

“It’s led by Ozzie Kheir and hopefully we can continue on and get a really good result with this horse.

“I know the breed very well and he’s one of the best colts I’ve seen by I Am Invincible and hopefully we can get the right result with him.”

I Am Invincible is the sire of the Kennewell-trained Group One-winning sprinter Viddora.

The Godolphin team, who earlier celebrated Exhilarates’ win in the Magic Millions 2YO Classic, went to $1 million to buy the Medaglia d’Oro filly from Blue Diamond Stakes winner Miracles of Life.

“The dam was a high class race filly – a Blue Diamond winner and two-year-old speed is so important in our market and we thought this filly fit the bill in that regard as well,” Godolphin Australia’s bloodstock manager Jason Walsh said.

The two youngsters took the tally of $1 million yearling at the sale to 11, a record for the Gold Coast sale.

“These are probably results that were beyond our expectations and also the industry’s expectation,” Magic Millions managing director Barry Bowditch said.

Book two and three of the sale continue from Sunday to Tuesday.