Kennewell, Bowditch On The Board In Vic

Racing Online - Horse Racing News - Kennewell, Bowditch On The Board In Vic 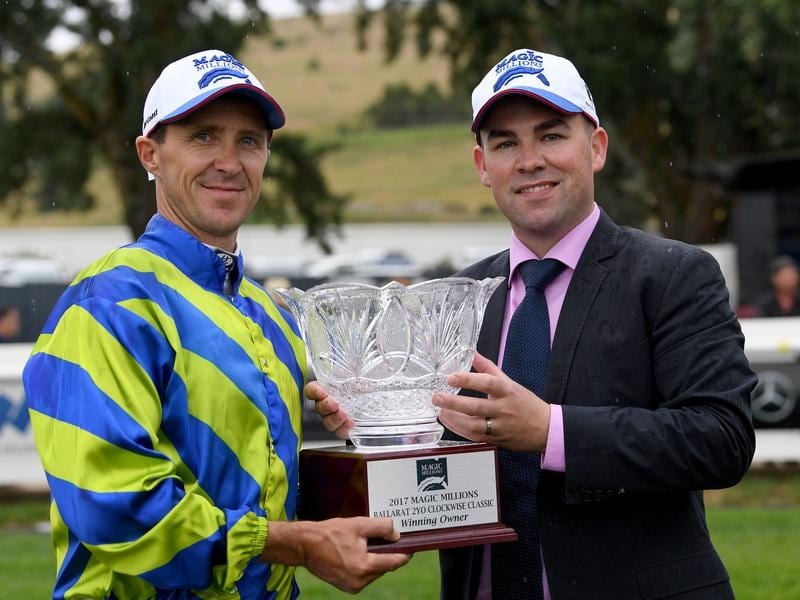 The South Australian duo of Lloyd Kennewell and Joe Bowditch have teamed together for their first winner since moving to Victoria.

Former Queenslander Arriba broke the ice for the pair at Geelong on Friday leading throughout in maiden grade.

Both Kennewell and Bowditch, no strangers to success in Melbourne when making raids from Adelaide, were over the moon to finally get the monkey off the back with Bowditch giving a fist pump crossing the line.

“We can take a fair bit of satisfaction out of that being the first winner for Joey and me and hopefully we can keep spring-boarding off that,” Kennewell said.

“I’ve got a really good team here in Melbourne and everyone has been great at the MRC (Melbourne Racing Club) and all the other trainers have been great at Caulfield.

“It’s good to get the monkey off the back and hopefully we can keep on rolling.”