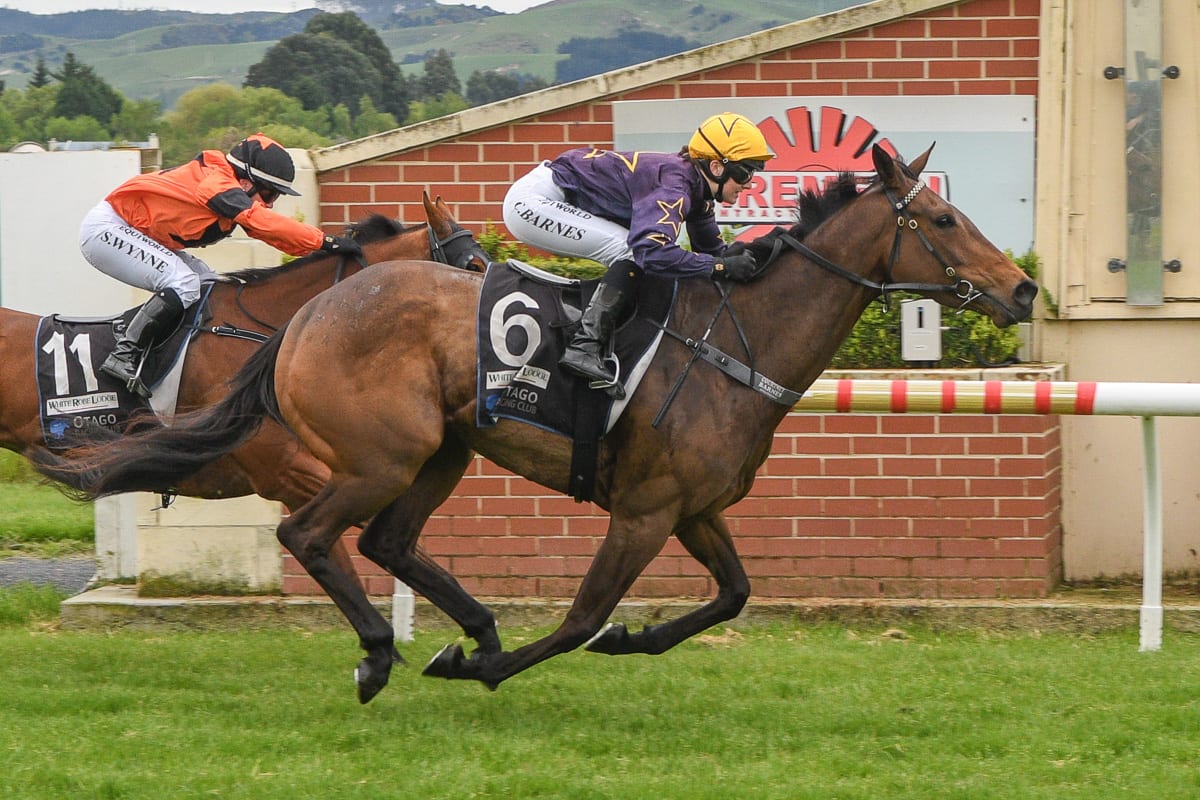 There weren’t too many smiles bigger than Terry Kennedy’s at Wingatui racecourse on Tuesday. The Otago trainer recorded a treble at his home meeting and he was delighted with the result. “It was great to win on a day like that,” he said. “I have done it before, but it’s always nice to get a treble.”

Kennedy was also pleased to perform well on his home track, which he believes is a big assist to his horses. “It’s always good to win on the home track,” he said. “Horses seem to race well here and with no travel they get home and recover quickly.”

Kennedy began the meeting in fine style, taking out the opening two races with Ray’s In Command and Bakela, while Havana Heights cleared maidens later in the card.

Kennedy was relatively confident with the trio heading into Tuesday. “I thought they all had pretty good chances,” he said. “They had all been working well and had some nice lead-up runs, so I thought they would all go pretty well.”

Kennedy’s colours also finished prominently in three other races, with Reliable Belle, Juliette, and Secret Sound placing in their respective races. “They went well and they could all win a race pretty shortly,” he said.

With the treble, Kennedy took his season tally to seven wins from just 42 starts, just one win shy of last year’s total. “I’m having a good start so far and I hope it continues,” he said.