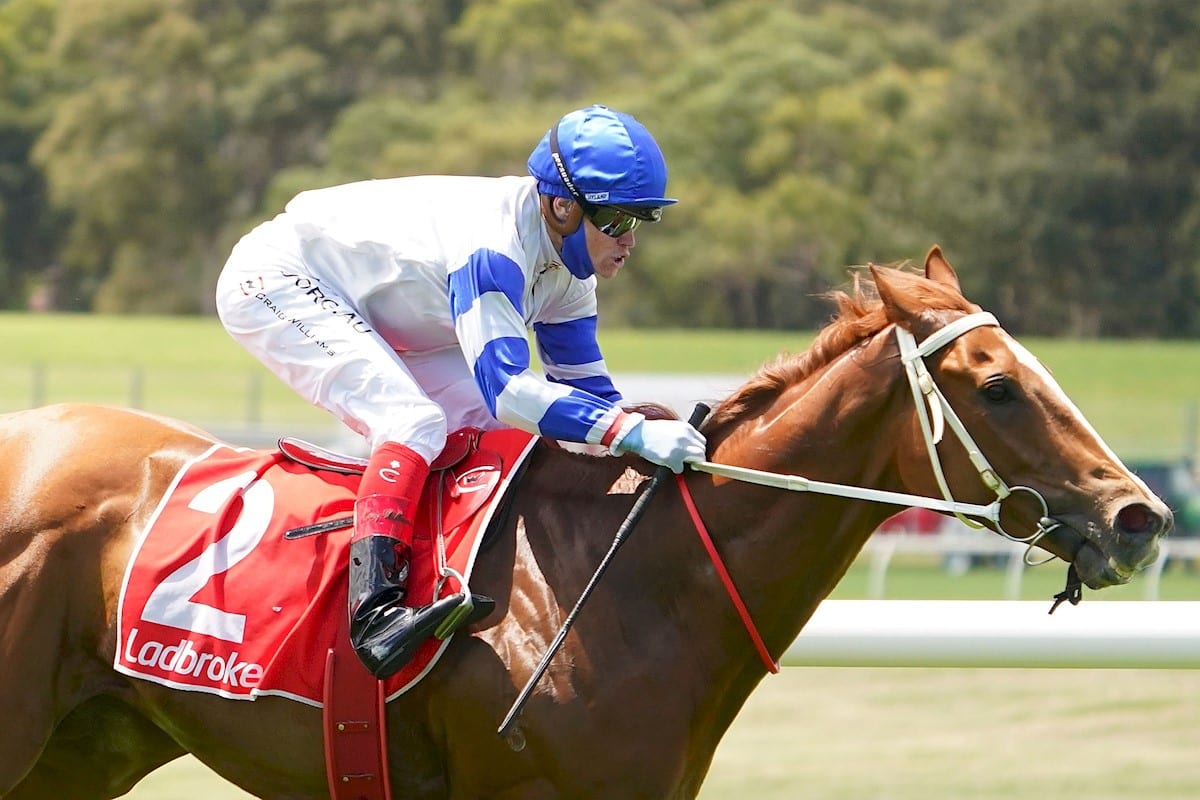 Kemalpasa has shown he is on target for one of South Australia’s biggest prizes with an impressive all-the-way win in the Group 3 R N Irwin Stakes (1100m) at Morphettville on Saturday.

The victory has set Kemalpasa up for a shot at Adelaide’s major Group 1 sprint prize, The Goodwood (1200m) at Morphettville on May 15.

Saturday’s victory was a turnaround in fortunes for trainer Richard Jolly and his daughter Chantelle who were forced to miss last year’s Goodwood after Kemalpasa was injured when running eighth in the Irwin Stakes 12 months ago.

“He strained a muscle in his shoulder and we had to miss The Goodwood and he went out,” Jolly told racing.com.

“He’s had a good 12 months since then and that’s behind us.

“Let’s hope nothing goes wrong but on his result today it was a good strong win and he looks good at the weights scale in the Group 1.”

Under the guidance of Jake Toeroek, Kemalpasa gave his rivals little chance when he raced to an early lead before holding off Humma Humma to score by two lengths with the winner’s stablemate Delexation in third place.

Toeroek has a special bond with Kemalpasa having ridden the sprinter in eight of his 12 wins.

Jolly said it was likely Kemalpasa would head straight to The Goodwood without another run as the trainer does not want to burden him with a hefty impost in a handicap.

“I’m not happy with him carrying 62-kilos in a handicap race and we can keep him fit enough and ticking him over.

“We’ll probably give him a barrier trial or a gallop here on raceday and then go fresh into The Goodwood in four weeks.”