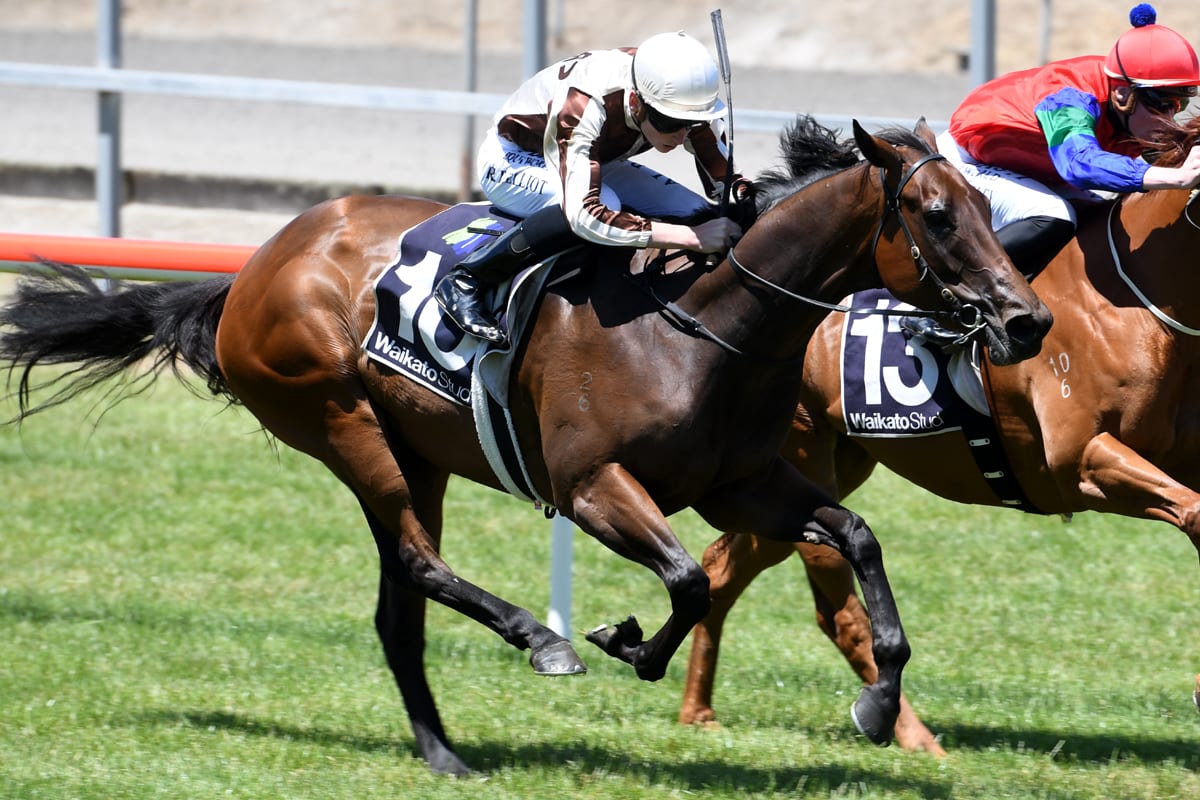 A dashing last-to-first victory by exciting prospect Levante on Saturday may force co-trainer Ken Kelso to raise his sights with the Proisir filly. Kelso, who prepares the three-year-old with wife Bev from their Matamata base, has been careful to play down the hype around their charge after she caught the eye when storming home to win over 1100m on her home track earlier in the month.

Stepping up to rating 65 grade and 1200m for her second start, Levante settled last again in the early running with rider Ryan Elliot happy to play a waiting game as Roc Cha set up a solid tempo out in front. Faced with a wall of horses in front of him as heads turned for home, Elliot chose to take an inside path on the filly who was clearly full of running but needing some luck to feature in the finish.

That luck came when she dived to the rail to make ground before switching off the heels of Roc Cha who looked to be in for hard earned victory with 100m to run. Levante hit top gear as she swept past Roc Cha in the shadows of the post to signal she was ready to tackle tougher competition at her next start. “She’s quite exciting,” Kelso said.

“I don’t know how far she will go distance-wise as she is out of an English mare who won over two miles so I don’t really know. “I did tell her owners we would learn a lot about her today and what we do from here on. “After that I think we may have to look for a stakes race somewhere, roll the dice and try and get some black type. “She’s very impressive and still immature so if we look after her, she could be pretty smart.”

Kelso admitted he had second thoughts about winning the race when Levante was so far back in running. “I knew she was going to find the line but I thought geez you are going to have to be good from there,” he said. “It was a really good effort, although I might have to go and look at the replay as I might have shut my eyes at the 200m.”

Raced by a syndicate that includes Ancroft Stud’s Phillip Brown and his wife Catherine, along with former Waikato Racing Club Chief Executive Tony Enting, Levante is out of Doyoun mare Island Doy. She is the younger half-sister to well performed racemares Doyenne and Miss Isle who were both placed at stakes level.

Her sire is Rich Hill Stud-based stallion Proisir who has been prominent of late through the deeds of Group 3 Bonecrusher Stakes (1400m) winner Riodini and will be well represented by 27 individuals at the New Zealand Bloodstock National Yearling Sale that kicks off at Karaka on January 26.