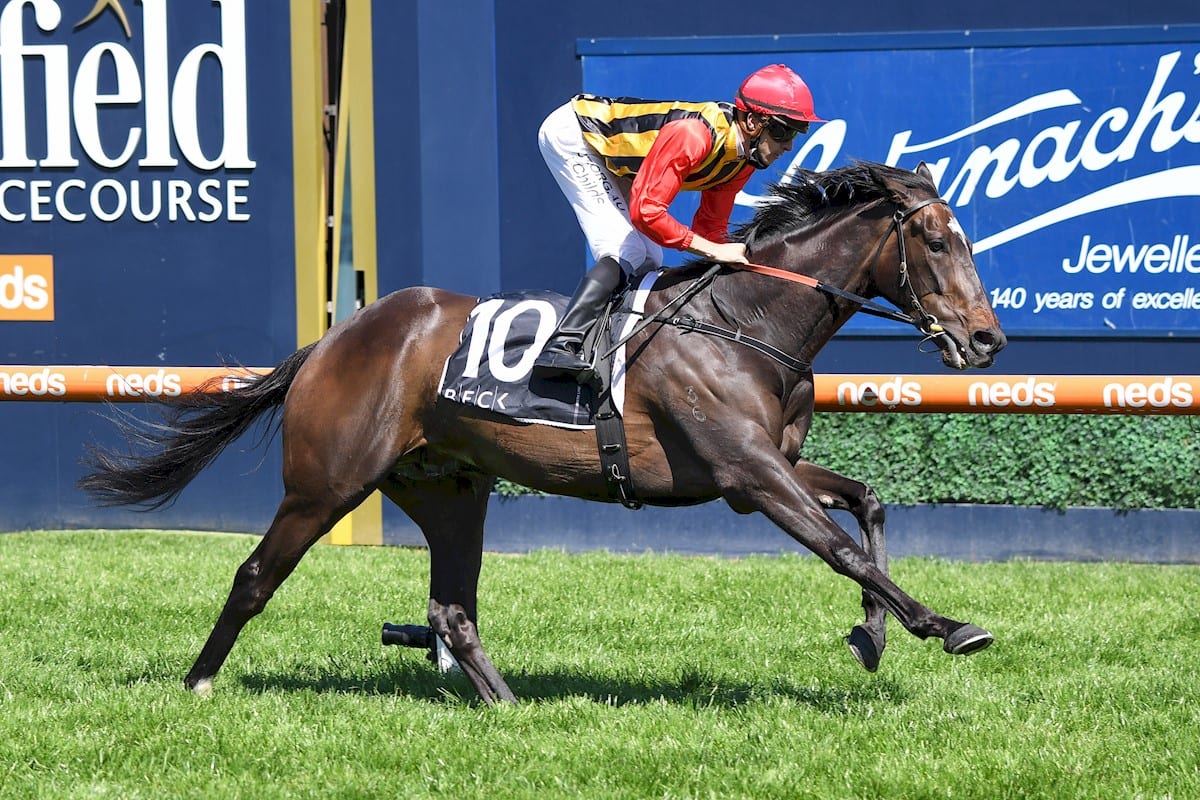 Caulfield-based trainer Colin Little has always held Vegas Knight in high regard but doubts the gelding will fulfill his potential.

Vegas Knight has won only two of his 23 starts and Little says the son of Declaration Of War is his own worst enemy.

The gelding will attempt the third win of his career in The Promenade By Geoff Lindsay of Lamaro’s Hotel Handicap (2000m) at Caulfield on Saturday, a course and distance Vegas Knight was successful over last October.

“His weakness is he goes too hard,” Little said.

“We’ve spent two years trying to get him to settle, but he doesn’t co-operate.

“We did fight him for a while, but once he gets out to 2000 metres there’s no holding him at the slower pace.

“We’ve spent a long time trying to get him to relax, normally it works, but he’s one of the few that hasn’t worked for me.

“It might be a trait of the breed. Vow And Declare goes a bit hard and a couple of others by that stallion go a bit firm.”

Vegas Knight showed a glimpse of his form at his last start at Sandown over 1800m on March 31 when second to Independent Road, an opponent on Saturday.

Prior to his Caulfield victory last spring, in which he defeated Ballarat Cup winner Irish Flame, Vegas Knight ran second over 2015m at Mornington.

“We’re hoping with that 1800-metre run under his belt, and at the tempo he is likely to go, he can outmatch them,” Little said.

Fresh from a double at Caulfield last week, Daniel Stackhouse has the ride on Vegas Knight on Saturday, and Little said he has had success with the jockey in the past.

“Hopefully Stacky can get the best out of him,” Little said.