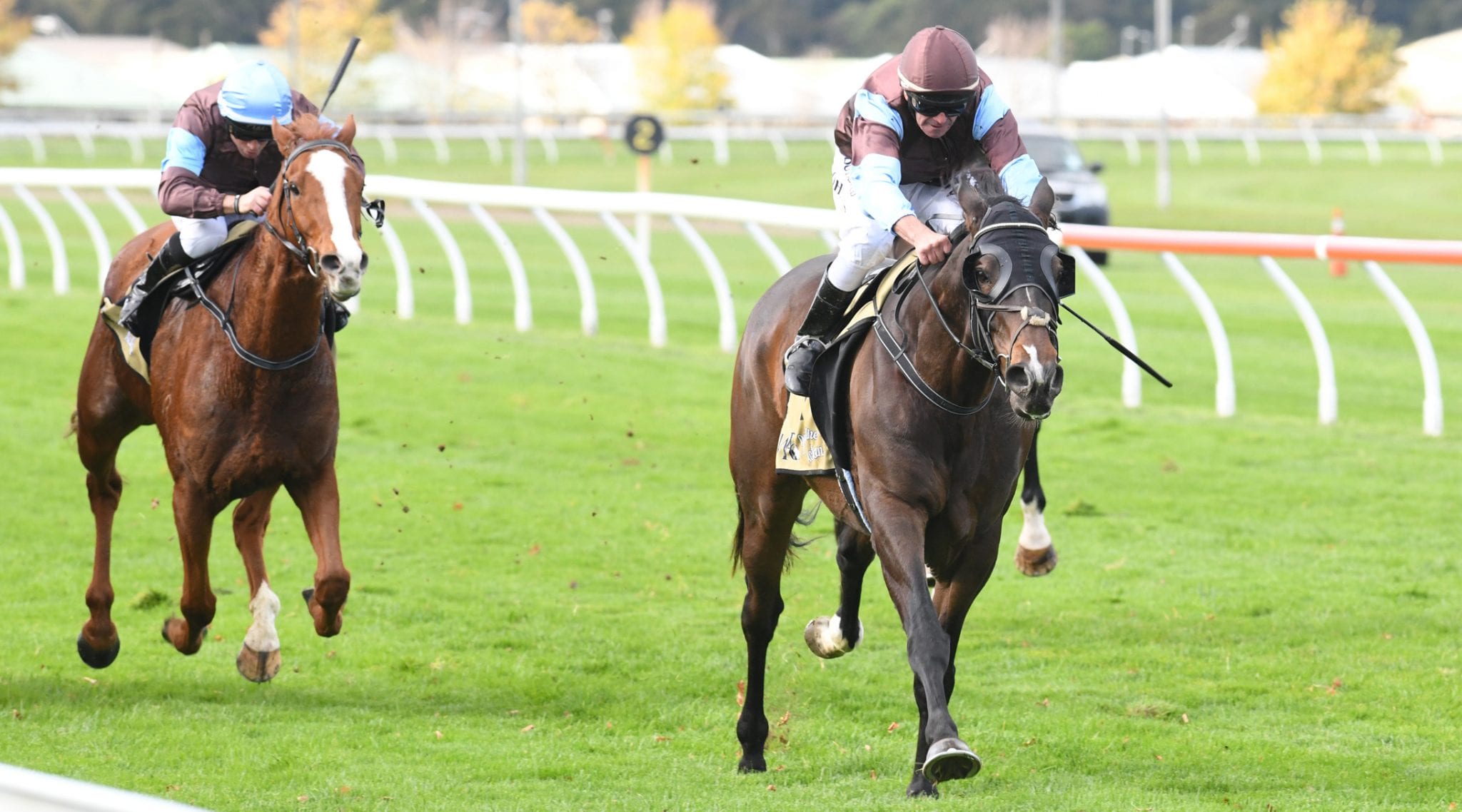 It has been quite a frustrating season for Levin trainer Sylvia Kay, having recorded a number of placings and only one win, but that all changed on Saturday when she prepared the quinella in the Trentham Gold Cup (2100m) with Sylvester and Dr Watson. “It is quite a surprise when you can get a quinella,” Kay said. “I was hoping something was going to win a race, we have had a few seconds.”

Race winner Sylvester had placed in his two previous starts this month and Kay was delighted to get the result with the son of Road to Rock. “He is a very honest horse,” she said. “He’s no champion, but he does seem to line-up and come through it pretty well each time. “He tries very hard and is a lovely horse, he’s lovely to do anything with.”

Kay was also pleased with Dr Watson’s performance to secure the quinella and she expects him to improve through the winter months. “I was really thrilled with Dr Watson because he hadn’t raced for a while,” she said. “He doesn’t need a lot of work because he’s quite a light-framed horse and just the fact he had to carry 60 kilos, which for that sort of horse is a lot of weight. “He was still running on at the end, so I thought that was a great effort. “He really loves that winter going. He can perform on a firm track, but he seems to come into his own when it’s pretty awful.”

Kay said both horses have come through the race well and while Dr Watson is being aimed towards the Parliamentary Handicap (2200m) at Trentham in July, Sylvester is likely to be set for the Group 3 New Zealand Cup (3200m) in November. “I might take Dr Watson to Wanganui (on Saturday), I’m just keeping an eye on the weather to see what’s going to happen there. “He was third in the Parliamentary last year and that was pretty heavy.

We will probably line him up there and whether Sylvester goes there, we will just see what the weather does. “Sylvester was actually pretty unlucky down south (in the New Zealand Cup last year), he just got so far back and I was very disappointed that day because the horse was really well and the New Zealand Cups is always a big aim for us. “Perhaps our luck will change and we might go there again.”