Dolcetto thriving ahead of Trentham assignment 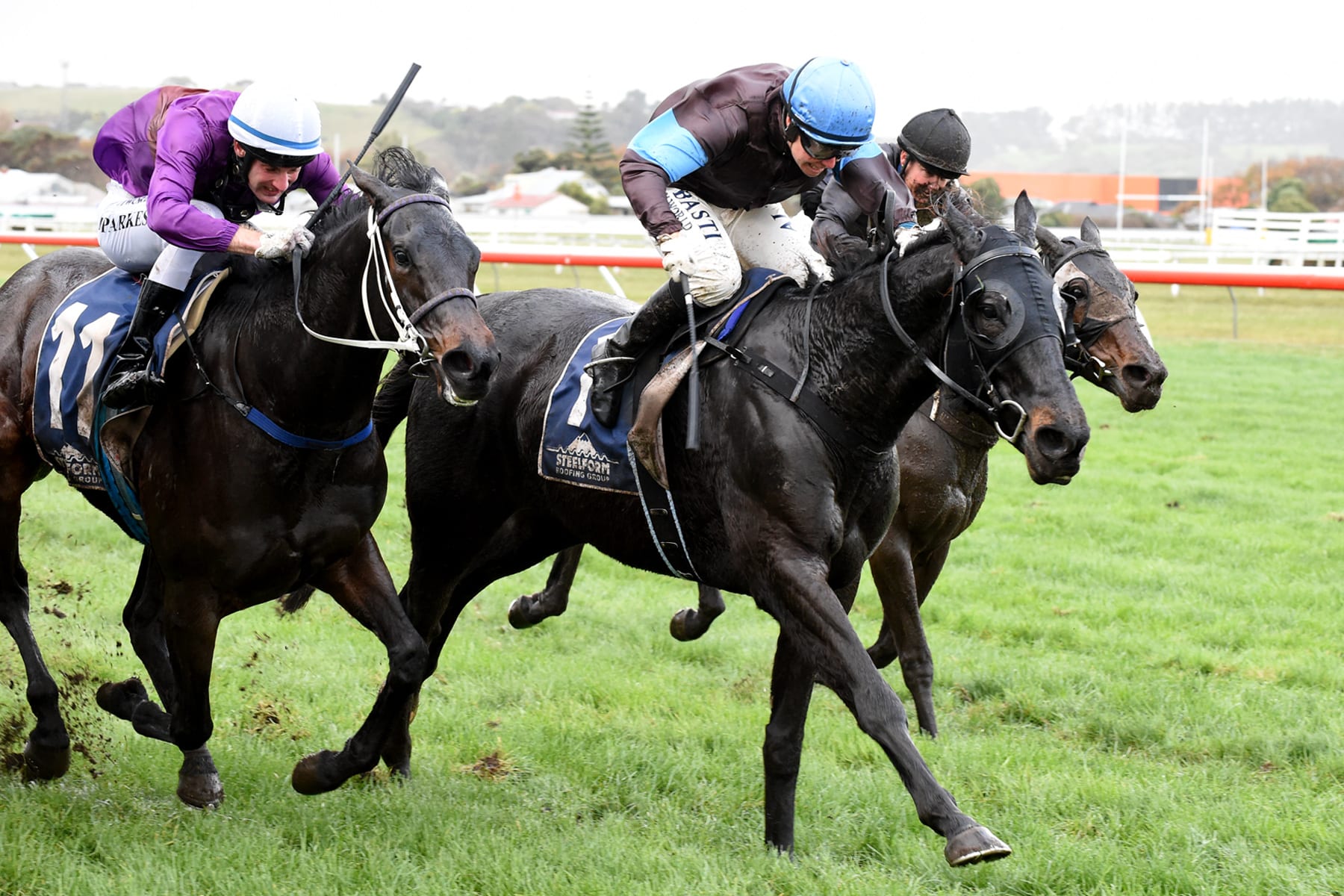 Consistent galloper Dolcetto is jumping out of his skin ahead of the El Cheapo Cars Whyte Handicap (1600m) at Trentham on Saturday. The Per Incanto six-year-old was sent to the spelling paddock after his last start victory in the Listed Ag Challenge Stakes (1600m) at Wanganui last month, but he was doing so well trainer Sylvia Kay was forced to bring him back into work.

It was Dolcetto’s first win in more than 18 months and Kay was delighted to get the result. “He has been knocking on the door for a long time. He had terrible draws and everything went wrong through all those good races, which is pretty annoying,” she said. “I was going to put him out for six weeks or so (after his win at Wanganui), but he had three weeks in the paddock and he was going to self-destruct he was that full of himself. “We brought him back in and he didn’t really look any different from when he went to Wanganui. He has had a fair bit of work in the last fortnight and he is really thriving.”

Dolcetto will return to handicap conditions on Saturday and he has been allocated 61.5kg, seven kilograms more than any of his rivals. “It’s pretty difficult when you have to carry 61.5kg against 54.5kg, it’s quite a weight difference,” Kay said. “I know he’s a big, strong horse, but in that sort of going (Heavy11) it makes it hard. But where do you go? There is nothing until the spring. “He really enjoys the racing. It’s a shame there are not a lot of options. We need a few more weight-for-age races.”

While Kay is hoping he can add to his nine win tally on Saturday, she said she will keep ticking him over in the next couple of months with an eye towards the Group 1 Livamol Classic (2040m) at Hastings in October. “He’s a horse that really wants to go over ground. He is definitely going to go 2200m and possibly beyond. I’ll possibly have a go at the last day at Hawke’s Bay. “I have just got to keep working him. He can have a week off here and there, but he just enjoys his racing. He doesn’t like to be out in the paddock too much.”

Meanwhile, Kay will also line-up in-form geldings Dr Watson and Sylvester in the Vernon & Vazey Truck Parts Parliamentary Handicap (2200m) at Trentham on Saturday. Sylvester has strung together a series of pleasing results for Kay this winter, with two wins and two placings from his five starts this preparation. Both of his victories were at Trentham on heavy tracks and Kay is hoping that form will continue on Saturday. “There’s not a great selection of open class horses around. He’s no champion, but he is pretty honest and tries hard,” Kay said. “It’s good when you can get a result. He is a lovely horse to do anything with and he’s a pleasure to have around. “He’s as good as he has been. He is a happy horse and is working well.”

Dr Watson has been in a similar vein of form, beating Comeback on a Heavy11 track at Trentham last month and placing in his two previous runs, including a runner-up performance behind Sylvester at Trentham in May. Kay has elected to utilise the four kilogram claim of apprentice jockey Bridie Ansell on Saturday and is confident he will perform well for the young rider. “He’s a very honest, little horse. There’s not much of him and he can’t carry weight that well, that’s why I have put Bridie on him,” she said. “She rode him in a sprint, which was really good, but a staying race like that is a bit harder for her. “She worked the horse yesterday (Wednesday), she knows him pretty well and I really do think the horses go well for her. “He will handle those heavy tracks, I suppose because he’s so light it doesn’t bog him down so much perhaps. He loves Trentham, so you have got to have a go.”

Kay doesn’t have any set plans with either horse after Saturday, citing the difficulty of placing higher-rated horses, but believes all three of her runners are winning chances this weekend. “There aren’t that many staying races around. It’s pretty difficult once they get over the 82 rating,” she said. “I think they have all got a chance if everything goes according to plan. The horses are well and that’s all you can do really and hope it goes right on the day.”