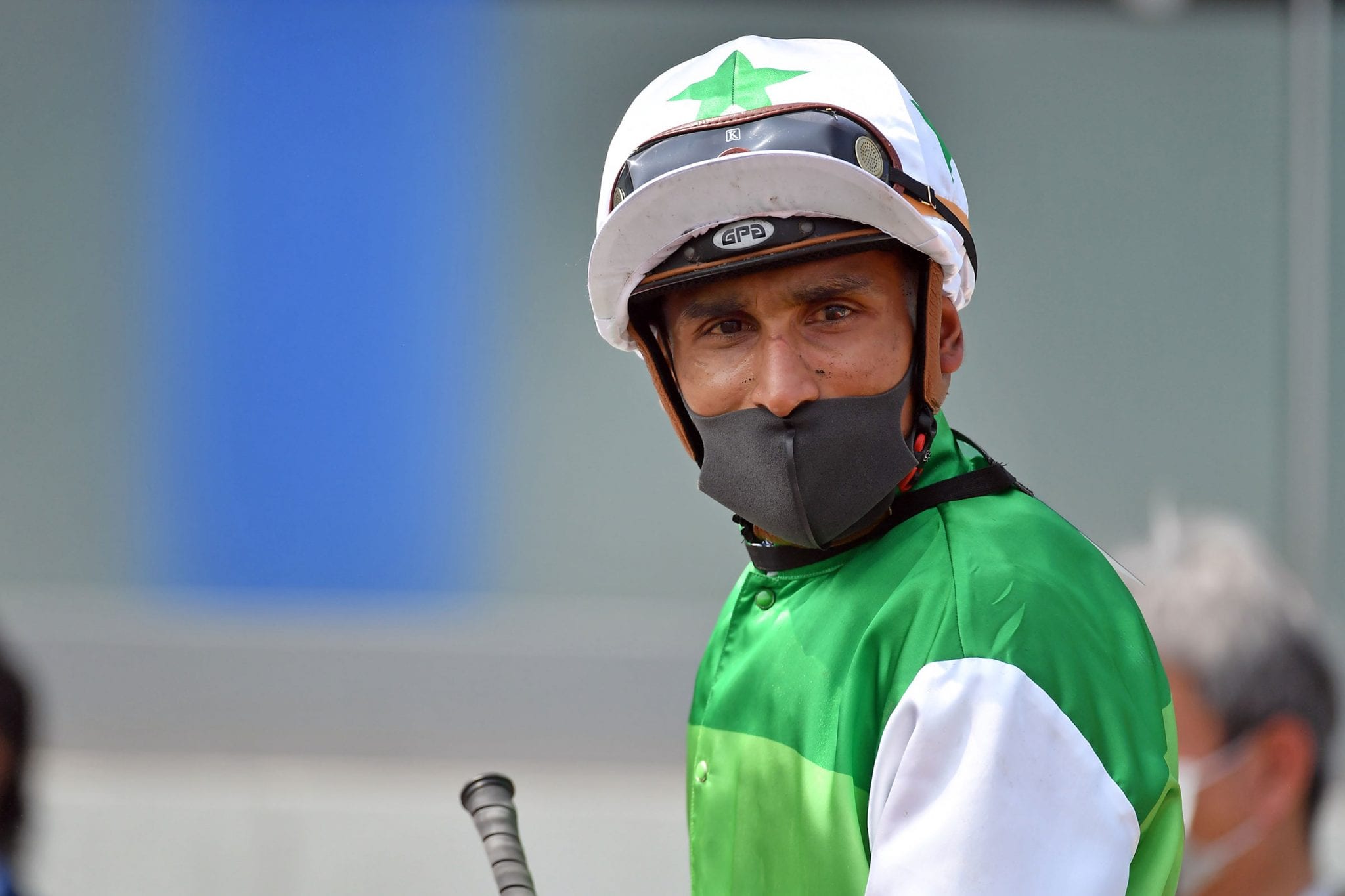 Entrenched in the top three behind Joao Moreira and Zac Purton in the Hong Kong jockeys’ championship, Karis Teetan hopes to bookend another productive season with more black type success on Champion’s Way and Charity Fun at Sha Tin on Sunday (20 June).

The author of 73 wins for the 2020/21 term, including Panfield’s Group 1 triumph in the Standard Chartered Champions & Chater Cup (2400m), Teetan hopes to continue recent outstanding form with a full book of 10 rides at the weekend, highlighted by Champion’s Way in the Group 3 Premier Cup Handicap (1400m) and Charity Fun in the Group 3 Premier Plate Handicap (1800m).

The ‘Mauritian Magician’ believes Charity Fun is capable of making the necessary improvement to be competitive at his second Group 3 assignment after being runner-up to Butterfield in the Group 3 Queen Mother Memorial Cup Handicap (2400m) at Sha Tin on 2 May.

“The distance is on the shorter side for him but I spoke to Danny (Shum) last week after I worked and trialled him and he feels a bit fresh – he’s going to come into the race with a light weight (113lb), so I think the 1800 metres is still ok for him,” Teetan said.

“He’s done very well this season and he ran a very good race last time. Since I rode him at Happy Valley (20 January), he feels like he’s taken big steps forward all the time – he’s a promising youngster and he’s definitely a horse to follow for next season.

“I’m looking forward to getting back on him and I know him a bit so it would be nice to be able to do well on him.”

Teetan, who has slotted five winners from his past 18 rides, is optimistic Champion’s Way can deliver.

“I won a Group 3 (Chinese Club Challenge Cup Handicap) on him earlier this year, he won it pretty impressively and I thought he was going to pick up and continue on and pinch a Group 2,” Teetan said.

“But he’s been running well, still very well, he’s consistent and solid – I was on him last week and he felt ok, he’s in good hands and it will be nice to get back on him and if he can perform well it will be a good thing, he’s been running against stronger horses all season, so I’m pretty sure he’s going to be right there.”

Teetan’s rich vein of recent form has left the horseman with palpable confidence with only eight meetings left in the season.

“The four-timer was good last Wednesday (9 June) and the season has been going well, I’m very happy to also get a Group 1 as well, it makes the season a bit better but it’s nice to just tick over the winners each week,” he said.

“That’s the main thing here – you just need to keep the momentum going but without the trainers and owners support it’s not easy, so a big thanks to them and all of the people that have supported me with the horses, it’s been a fantastic season and there’s still room to get better before it ends.

“Hong Kong is home for me now, I love being here and I love everything about Hong Kong, my wife and I are settling nicely and to get another contract is a nice thing.

“I’ve been here a few years and I want to focus and continue to improve myself in a different way, to just keep competing against the big guys in front of me, it’s going to take time but there’s always room for improvement.”