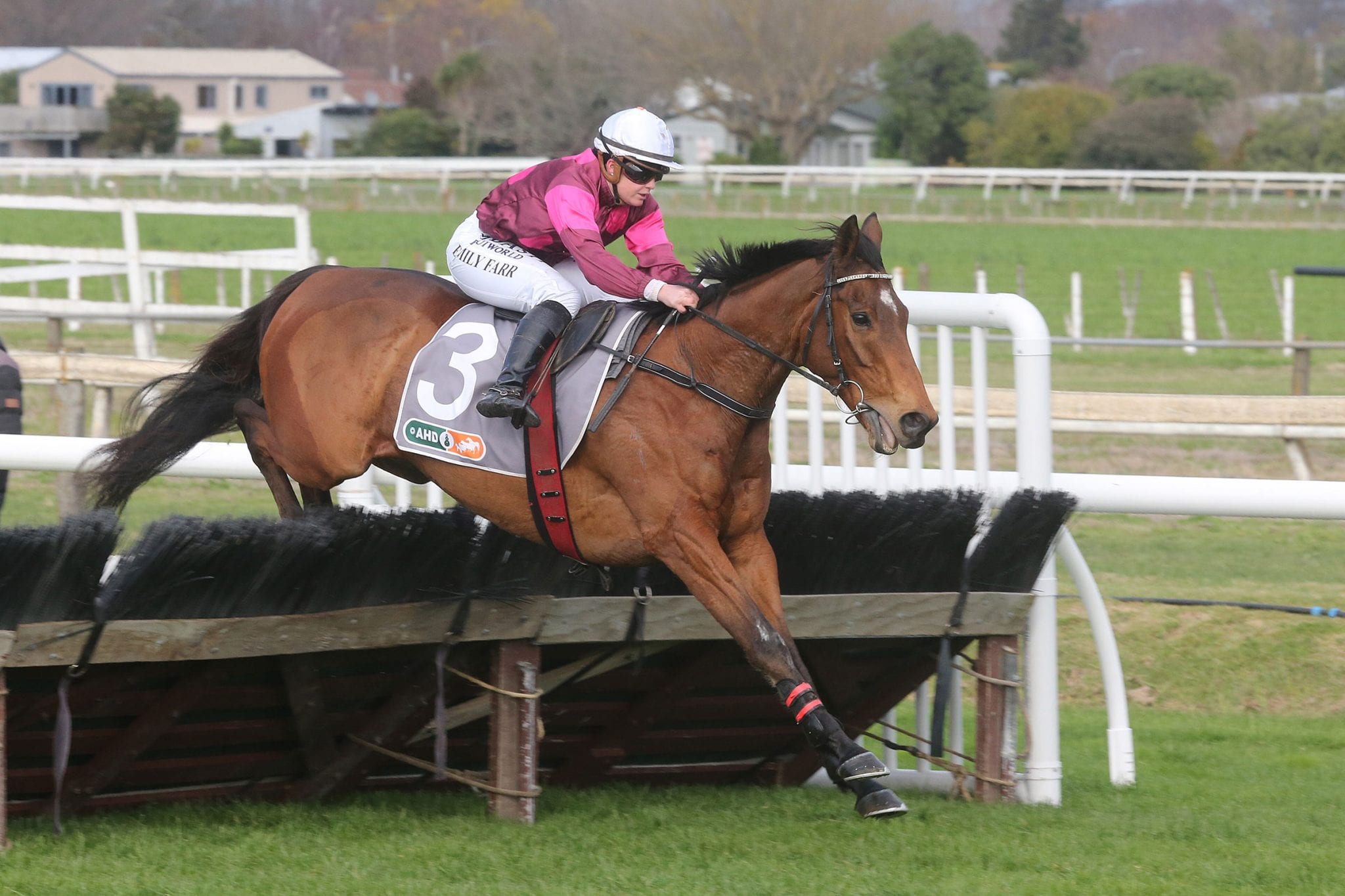 The emotion in New Zealand trainer Ken Rae’s voice says it all when discussing the stylish jumping win at Hastings on Saturday by durable galloper Kaharau.

The rising ten-year-old is more than just a horse to Rae, he is a family pet who has provided the Ruakaka horseman and his family with endless joy since he first stepped on a racetrack back in April 2014.

Kaharau ran fifth over 880m when making his two-year-debut and has gone on to register 14 victories on the flat before stepping out over hurdles for the first time on Saturday.

Rae had taken a lot of convincing to try his mate over fences and admitted he had tears in his eyes as he watched the race unfold on the television in front of him at Ruakaka where he and daughter Krystal Williams-Tuhoro were handling a big team of runners on their home patch for the day.

“That was two years in the making and I was pretty emotional as I watched the race,” Rae said.

“I never really wanted to jump him, but Emily Farr convinced me to try schooling him a couple of years ago, so it has taken that long to get him to a hurdle race.

“It wasn’t that he was a slow learner or anything like that as he took to jumping like a duck to water, but we had him entered for a maiden hurdle one day at Te Aroha along with an open handicap here at Ruakaka.

“We chose the Ruakaka race and he came out and won it, so we kept him going on the flat after that.

“He had a rotten season last year, so I retired him and gave him to Rowena Smyth as a hack, but she had to send him back as he was bullying all her other horses.

“I sent him down to Peter Brosnan who has done more work on his jumping, and he looked pretty good on Saturday.”

Rae is now in a quandary about where to go with the horse as he doesn’t enjoy racing on the traditional heavy winter tracks.

“That Slow9 rated track suited him nicely on Saturday as he doesn’t cop the really deep stuff,” he said.

“That doesn’t really leave a lot for him, so I might have to run him on the flat up here at home next.

“I do have a dream though and that is to try and win the Great Northern Hurdles (4190m) at Ellerslie in September.

“I would need to get another run into him over fences before then, but if he could strike a decent track, I think he is a chance in a race like that.”

Rae also has some lofty plans in mind for impressive sprinter Gigolo George who took out a rating74 1200m contest at Ruakaka on Saturday to provide the stable with a winning double for the day.

“He (Gigolo George) looked a big chance after his run for third here last time and that’s how it panned out,” he said.

“Terry Moseley came up to ride him and he told me afterwards he was exactly the type of horse that can win a Stewards Stakes (Group 3, 1200m) at Riccarton.

“He won at Riccarton when we took him down there at the end of the winter last year, so there is no problem with travel or the track although he hates it wet, so we won’t be going down this winter.

“He can have another run up here and then have a break in the paddock before we get him back and start preparing for the late spring and summer with him.”

The Group 3 Lindauer Stewards Stakes (1200m) is the feature sprint event to be run on the middle day of Riccarton’s New Zealand Cup week carnival in November.

Rae also reported that promising two-year-old filly Dream Queen, who finished second on Saturday, would tackle the Listed Courtesy Ford Ryder Stakes (1200m) at Otaki on July 31 while stablemate Follow Your Dreams, who ran fourth in the same event, would be set for the Group 3 Cambridge Stud Northland Breeders’ Stakes (1200m) at Ruakaka on August 21.