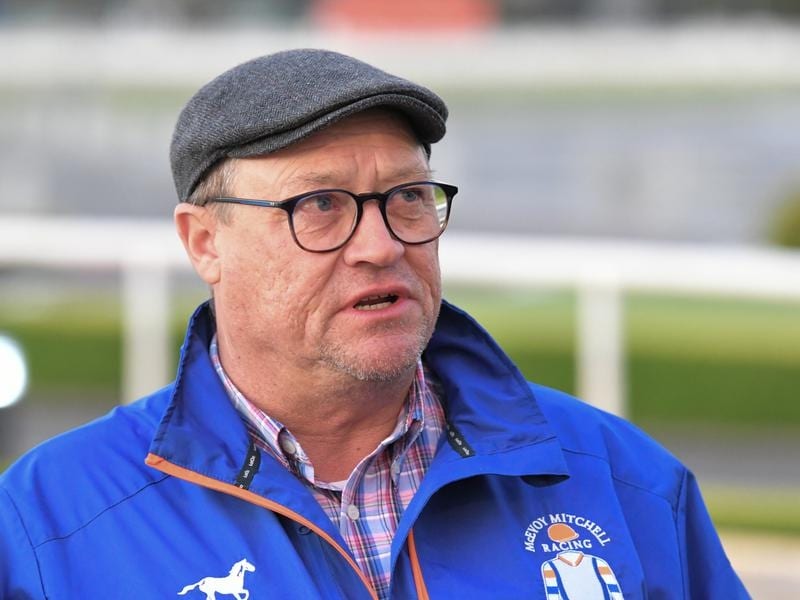 A bunch of two-year-olds are set to face a distance test late in their juvenile season in the Byerley Handicap at Flemington.

The Byerley Handicap is over 1800m and presents a chance for juveniles showing potential staying qualities to run over an extended distance for the first time against their own age.

The 13 initial nominations for Saturday’s race include Alcyone and Johnny Get Angry who filled the minor placings behind the unbeaten Cherry Tortoni in the Listed Taj Rossi Series Final (1600m) at Flemington.

Trainer Tony McEvoy has sent lightly raced gelding Mr Wolf from his South Australian base to his Flemington stable to run in the Byerley having indicated he was looking for further than 1400m in his first two starts.

But McEvoy admits he would have ideally liked to find a 1600m race for the juvenile’s third career start after Mr Wolf won a maiden at Murray Bridge over 1400m on debut before finishing third over the same distance at Balaklava in his second start on July 1.

“I ran him at 1400 metres first time out because he’s not a sprinter and then I ran him again at 1400 at Balaklava and he just found it too sharp,” McEvoy, who trains in partnership with his son Calvin, said.

“The only other races over here (in South Australia) were 1400s and then we saw this 1800-metre race for two-year-olds. It’s probably a furlong (200m) further than I would have gone in an ideal world but it’s there and it’s against his own age.

“He’s very fit and well so we thought we’d send him over and see where he sits.

McEvoy has Damien Oliver to ride Mr Wolf and the trainer said he would not be sending the gelding over if he did not think he would be competitive.

Alcyone, by Teofilo out of 2009 Queensland Oaks winner Purple, is one of two nominations for Godolphin trainer James Cummings along with Choir, who is also by Teofilo.