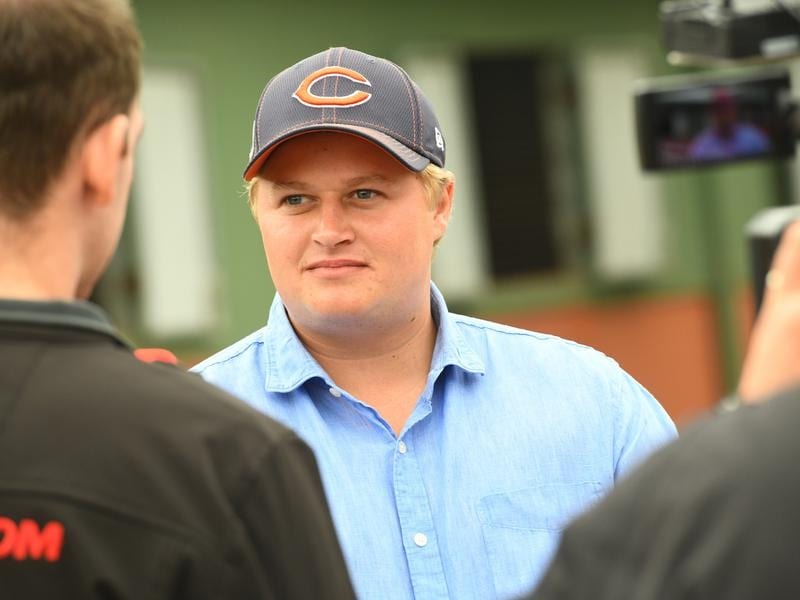 After two encouraging wins in South Australia to start his career, three-year-old Coolth is set for his biggest test yet when he makes his Melbourne debut.

The Tony and Calvin McEvoy-trained gelding is scheduled to contest Saturday’s 2000m handicap for three-year-olds at Flemington with champion jockey Damien Oliver booked to ride.

Coolth came from last to win a 1600m maiden at Balaklava on debut in late April despite racing greenly in the straight.

He backed it up with another last-to-first performance over the same distance in benchmark-64 grade at Murray Bridge on May 23.

Coolth has since been sent from the McEvoys South Australian base to their Flemington stable to prepare for Saturday, and co-trainer Calvin McEvoy believes the gelding by stallion Dundeel has struck a suitable assignment for his first Melbourne appearance.

“It’s an open three-year-old race over 2000 metres but the highest-rated horse is rated 70,” McEvoy said.

McEvoy said it was unfortunate Coolth has missed this season’s Derby options but he hopes to get a better guide on the rising four-year-old’s potential on Saturday.

“If he comes out and wins again on Saturday then we’ve got to really have a good hard look at what we’re going to target in the spring for him,” he said.

McEvoy said Coolth had always had a “beautiful flowing action” but said before he made his debut he had never dazzled in his gallops.

Coolth was a short-priced favourite on debut and McEvoy said they were probably still a little cautious heading into that race.

“We thought he had a lot of ability but we weren’t sure if he was going to get it right,” he said.

“He didn’t get it right that day. He went back, never travelled but then what he did once he straightened up was pretty spectacular.

“He went from last to first very quickly while laying in and really being clueless of what he was being asked to do.”

McEvoy said Coolth became a bit more switched on after his debut.

“He probably made those same mistakes at Murray Bridge, but again he put the field away so that was probably when we realised he was quite a talented horse going forward,” he said.