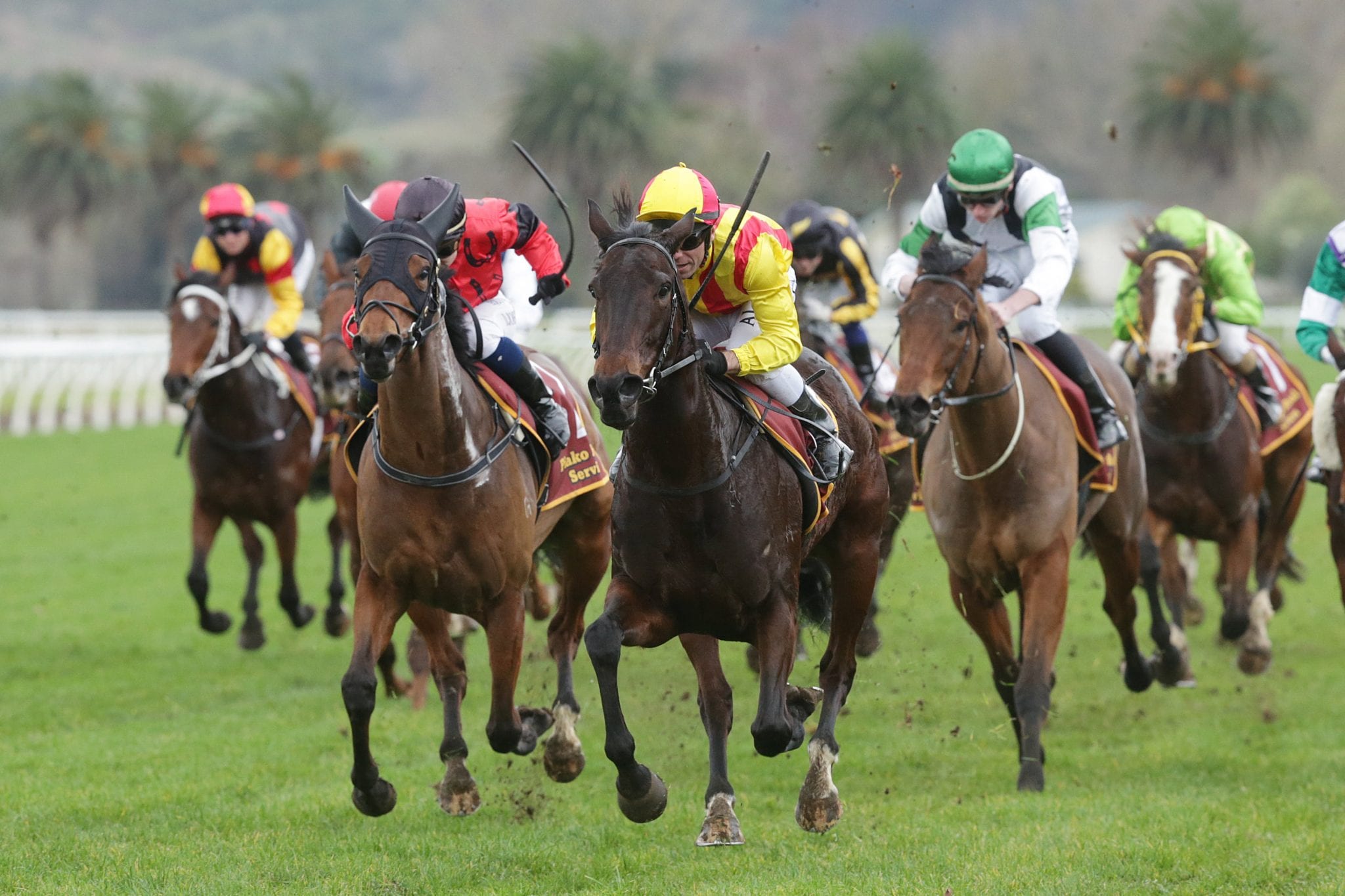 It may have only been a maiden race at Te Aroha on Sunday, but Justastate earned her photo spot amongst Rogan Norvall’s gallery of the memorable feature winners he rode during his career in the saddle. The Falkirk five-year-old credited Norvall with his first training success after he officially went into partnership with Matamata trainer Graham Richardson a day earlier, on the opening day of the new season.

“I wasn’t at the races, but I watched her race and when I saw Craig (Grylls, jockey) winding her up down the outside I got a bit excited,” Norvall said. “It was quite surreal at first and a relief to get the monkey off my back so soon. “We were a bit unlucky with Ana Zorra (third) at Matamata on Saturday. She’ll win one soon.”

Proud of such a milestone, Norvall says he will purchase a photo of Justastate’s win for his home. “I’ve got photos of some of my big winners,” he said. “I’ve obviously got Veyron’s three Group 1s and a couple of his Listed wins and I’ve got Ben Sparta and Twinkling, too. I’ll make room for this one.”

Norvall rode over 260 winners during his career with 197 of them coming during his 17 years raceriding in New Zealand. The highlights were his three Group 1 wins on Veyron, while he also notched another 10 stakes wins. So how does it feel training a winner compared to riding one? “It’s hard to explain the difference,” Norvall said. “Obviously you appreciate the work that goes on in the background and watching the race you have more time to take it all in, but when you’re out there riding it all happens so fast and you reactions are all by feel.”

Adding to the thrill for Norvall was the fact Grylls was in the saddle. “It’s good to see one of my friends step up and win for me,” Norvall said. “It was a lovely ride by Craig to get her to the outside in the better stuff and the way she won I’d say she’ll win more. There’s a lot of improvement in her.”

Norvall (44) has worked for Richardson for virtually the last 12 months, since he retired from race riding, and he said he loves the new challenge. “I’ve learnt so much since I’ve been here,” he said. “We’re lucky to have good staff and we’ve got a lovely team, including a lot of nice young horses.”

A Zimbabwean, Norvall did a five and a half year apprenticeship in his home country, during which time he also completed a stint riding in South Africa. With “about 70” wins to his credit, Norvall then spent two years as a track rider in Singapore before being enticed to come to New Zealand by Melbourne Cup-winning trainer Brian Jenkins, for whom he rode his first New Zealand winner, Letstristagain, at Rotorua in August 2002.

Norvall’s riding career was interrupted on several occasions through injury, but each time he made a comeback. His last win came at Matamata in July 2018 and he packed away his riding gear for good after riding at Ellerslie in May last year. “I was lucky to have great support from Linda (Laing) and the Barkers to keep riding Veyron,” Norvall said. “Winning those three Group 1s on him was a highlight and now I would love to win a Group 1 as a trainer. “Tiptronic did it for the stable last year (in the Group 1 Herbie Dyke Stakes, 2000m). He’s back in work and looking good so there’s no reason why he can’t win more Group 1s.” Norvall is also excited about the prospects of Paisley Park, winner of the Dunstan Feeds Stayers Championship Final (2400m) at Ellerslie on New Year’s Day.

Richardson shares Norvall’s thoughts on both Tiptronic and Paisley Park. “I’ve nominated them both for the last leg of the triple crown at Hastings (the Group 1 Livamol Classic, 2040m) and Tiptronic will trial at Rotorua on Thursday,” Richardson said. “He’s proved he’s up to the best over here and I’m glad he won’t have to run into Melody Belle and Te Akau Shark. He’s lightly raced – he’s had just 31 starts.

“Paisley Park isn’t as forward as Tiptronic, but he should be up to the good ones this season. He was very weak last campaign and he still won the Dunstan Final. “As for the younger ones, we’ve got some nice horses. “I really like a Per Incanto gelding, who has had just the one trial for a second, and there’s a Vespa gelding who looks smart, too. He’s won his only trial.”

Richardson is pleased to give Norvall his opportunity to be recognised as a trainer. “A lot of people looked after me when I was starting off,” he said. “I worked for Mike Moroney for 12 years and he took me into partnership for the last two. That was a great start for me.”

Since then Richardson has trained in partnership with Jason Bridgman, Mark Donoghue and Gavin Parker, giving each one an opportunity, and now Norvall has stepped up to the plate. “Rogan is a worker and he’s keen to learn,” Richardson said. “I was thrilled for him to get the win on Sunday. “I was also happy for the owners, Wendy and Don Pyke, too. They’ve had quite a few horses with me over the years. They had a lot of fun with Atom Cat (eight wins), who won a Matamata Cup (Listed 1600m) and was stakes placed in Brisbane, and it’s good to get a winner for them again.”