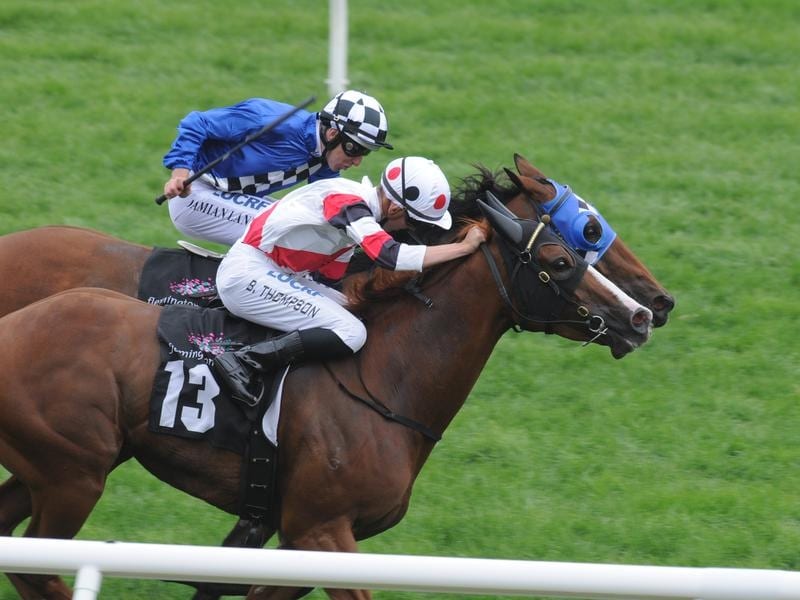 A mishap in a float on the way to the races brought Just Hifalutin’s previous campaign to a premature end but trainer Enver Jusufovic has the mare ready to make her season return for her first start in almost six months.

Five-year-old Just Hifalutin has not raced since finishing a close second in the Listed All Victorian Sprint Series Final at Flemington on July 7 last year in her first start back from a spell.

Just Hifalutin was then due to race at Caulfield three weeks later, with Jusufovic confident about the mare’s prospects, but the sprinter injured herself in the float on the way to the track, suffering a laceration to a hind leg.

The mare makes her return in Saturday’s In Memory of Aila Hinton-Tooley Handicap (1100m) at Caulfield.

“She got beaten a half-head in a Listed race last preparation at Flemington and then I took her to Caulfield and she had an accident in the truck,” Jusufovic said.

“She got a laceration to a hock which had to heal.

“She’s had two jump-outs, the last one was quite impressive so she’s fit enough to run a really cheeky race first-up.

“Whatever she does she’s going to improve on and Caulfield is a tricky track for backmarkers so I’m hopeful she doesn’t get too far back.

“The plan with her will be to probably peak third and fourth-up and look for a bit of black-type.”

While Jusufovic was disappointed to miss the Caulfield race in July and also the early part of this season, he said he could not fault the lightly raced mare in the build-up to her return.

“I suppose things happen in a strange way and it is what it is,” he said.

“I think she was probably always going to be a little bit better in the autumn.

“I think she’s a mare that will win a black-type race and then if she can progress from Listed to Group class, we’ll see.

Just Hifalutin is only lightly raced with five wins from 12 starts with another four second placings.