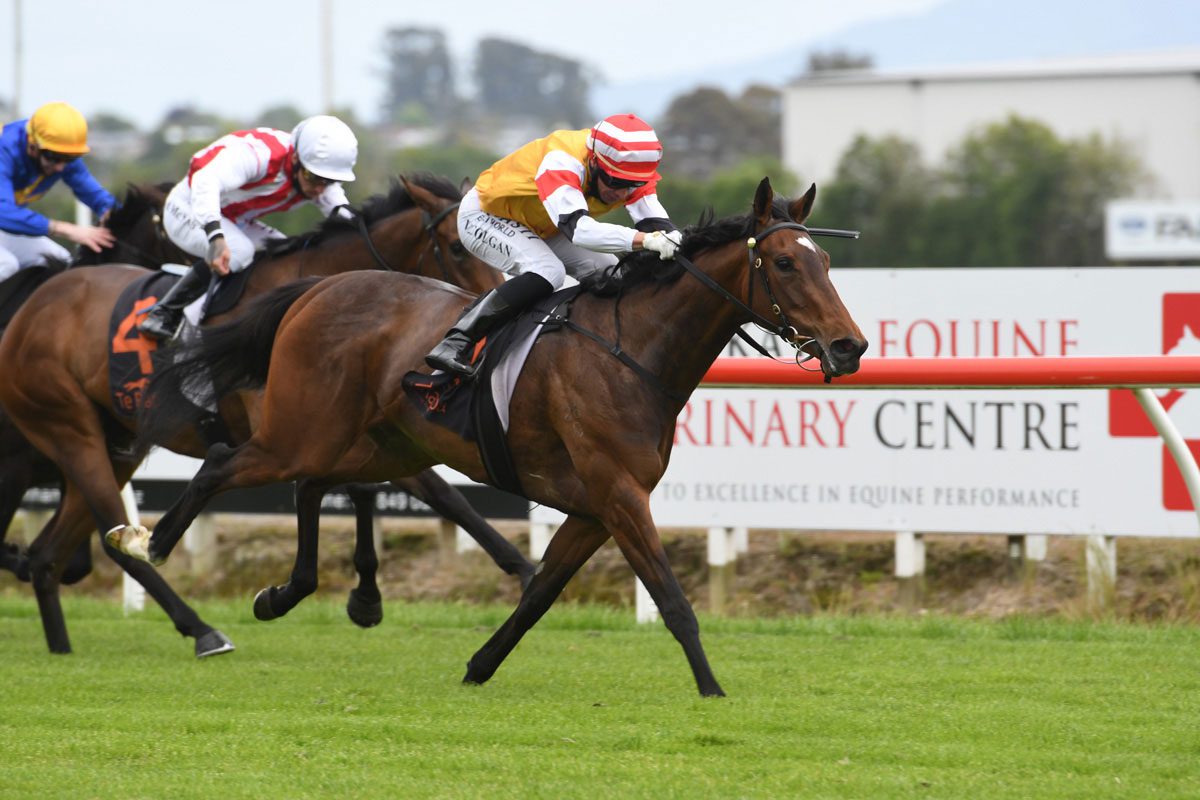 Hamilton trainer David Greene is hoping it’s a case of like mother, like daughter with promising three-year-old Just Dance, and early indications are promising.

Just Dance is a daughter of Stolen Dance, a mare Greene trained to Group One runner-up results in the Zabeel Classic (2000m), Thorndon Mile (1600m), and Herbie Dyke Stakes (2000m).

She was subsequently transferred to Cambridge trainers Murray Baker and Andrew Forsman for whom she posted her maiden Group One success in the 2018 Thorndon Mile (1600m), in her final career start.

Just Dance, a Tavistock filly, is the first foal out of the mare and she made a pleasing start for Greene when winning on debut in the NZB Ready To Run Sale 17/18 Nov 3YO (1400m) at Te Rapa on Tuesday.

“It was very impressive in her first time out,” Greene said.

“She has always been above average the whole way through. She is a pretty talented athlete, so it was no surprise to the stable.”

Greene said she has an uncanny resemblance to her mother.

“Stolen Dance is probably the best horse that I have trained and this girl is a replica – she looks like her, she works like her, and she acts like her,” he said.

“She has started off her career in the same way, winning her first start with number 11, just like Stolen Dance did all those years ago.”

Greene has high hopes for Just Dance and will likely step her up to stakes company later this month.

Meanwhile, Greene is looking forward to racing again at his home track on Saturday with a couple of runners.

Five-year-old mare Judy’s Song has been in fine form this preparation, winning her last two starts after finishing runner-up fresh-up, and will step up to open company for the first time in the SkyCity Hamilton Waikato Cup Prelude (2100m).

“She had a wee freshen-up after the winter and she has come back and had three runs, which have all been very good,” Greene said.

“She is racing a lot more professionally these days.

“It is a pretty big jump up into open class company from being in 65 grade a couple of starts ago, but the top rated (horse in the field) is a rating 82, so it’s not the strongest open handicap race.

“She is a mare who we think can get some black-type at some stage. She is in very good form.”

Greene will also line-up Finest Wine in the Waikato Draught 2100.

“Finest Wine has been a bit unlucky not to have cleared 65 grade in these last couple of runs,” he said.

“Stepping up to 2100m is going to be a really big advantage for her. She is a real staying type and she will give herself a pretty good shot to clear the grade on Saturday.”