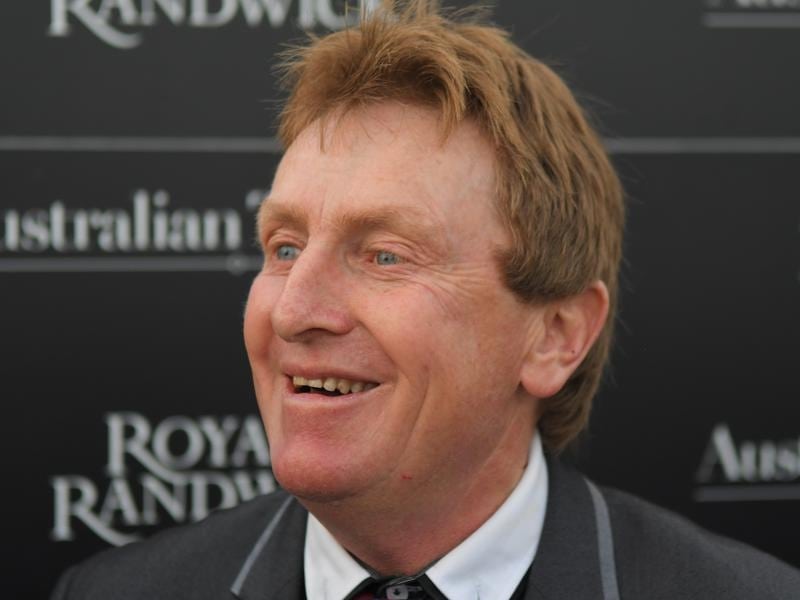 A victory by Jungle Edge in the Bletchingly Stakes at Caulfield could be cause for double celebration for one of the gelding’s part-owners.

Mark Holt is the captain of the Cranbourne Australian rules football team and will be hoping to land his 1000th goal when he runs out on Saturday.

Jungle Edge’s trainer Mick Bell described Holt as a superstar of the local competition, very much in the mould of former AFL champion Tony Lockett.

In what could be his last season of football, Holt was in danger of being stranded on 999 goals after a suspension looked like ending his season.

“But he got that overturned and he’s a big chance of getting his 1000th goal on Saturday,” Bell said.

“The last time Jungle Edge won in Sydney they put it across the electronic scoreboard.

“I think he’d kicked about eight to that stage. He did a little fist pump and went on to kick a couple more.”

Jungle Edge will be having his first run in Victoria on Saturday since December with his past seven starts in either Sydney or Brisbane.

He hasn’t raced since finishing fourth in the Civic Stakes at Rosehill on June 30.

Bell believes there are a couple of factors in Jungle Edge’s favour on Saturday.

“He’s freshened right up, which he does really easily and I don’t think there’s a natural leader in the race,” Bell said.

“We might get a cheap lead and that’s the secret to him.

“It’s not so much the wet track, it’s the tempo of the races.

“Usually when it’s really heavy he gets a quiet time of it.”

Jungle Edge hasn’t raced at Caulfield since September 2016, but has performed well at the course running second to Voodoo Lad, an opponent on Saturday, in a Regal Roller Stakes.

Bell also pointed out that while winless on a good surface, Jungle Edge had been placed on the ground on four occasions, all in good races.

“First-up this campaign he ran second to Redzel on a good four and Redzel smashed the old track record and we broke the old record too,” Bell said.

“I don’t think he’s in there making up the numbers and I think he’ll run a really good race.”