Jumping maestro back in action 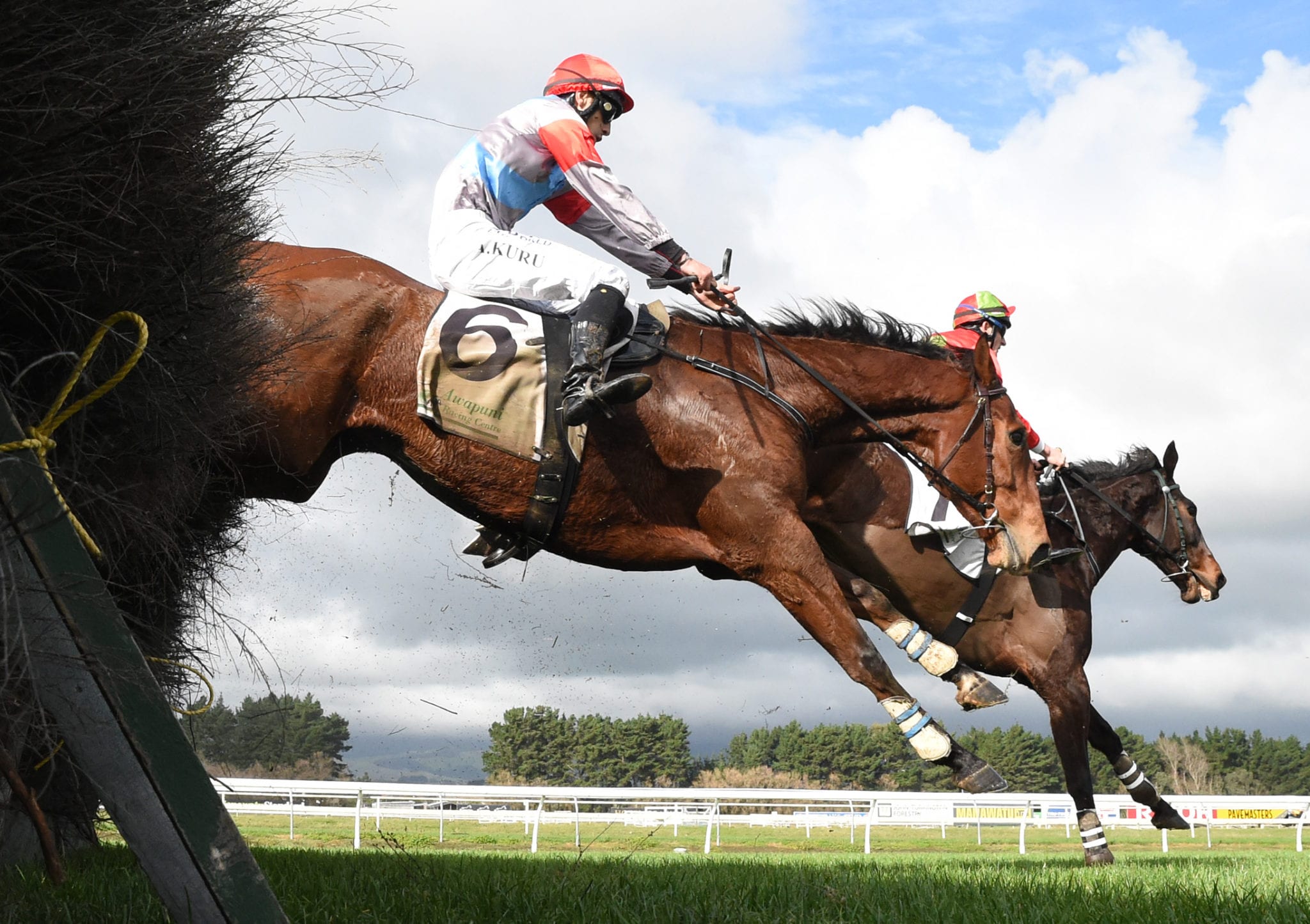 Respected central districts trainer Mark Oulaghan will have a small team of jumpers set to compete this winter, including improving steeplechaser Des De Jeu. The seven-year-old gelding is best known for his miraculous recovery to win a maiden steeplechase at Awapuni two years ago, after all but parting with jockey Aaron Kuru early in the piece. Horse and rider would go on to become a global social media sensation.

Oulaghan believes as a seven-year-old Des De Jeu has the maturity now to fulfill his potential. “He would be our flagbearer amongst the jumpers,” Oulaghan said. “He is a big rangy horse and I think he is getting to a stage now where he should be reaching his full potential strength wise. “In the past he has been a skinny horse but he seems to be handling things a bit better now.”

Oulaghan has a dozen horses in work at present and expects numbers to creep up to around 16 later this month. The 63-year-old is synonymous with training jumpers and stayers and he will have three or four horses earmarked for the jumps this season. “The jumping is going on for a bit longer this season, but we didn’t bring a couple of horses back this year,” Oulaghan said. “One had an issue and another we decided to give another year off because of the shortened season due to Covid-19. It has restricted us a wee bit.”

The Awapuni trainer has always had jumpers and is accustomed to the patient approach required. “It is a matter of winning races where you can,” Oulaghan said. “When I started, we never had that many well-bred horses and you could win a jumping race with a mediocre horse and it was prizemoney in the hand. “We have always had jumpers. It is a time thing. It probably takes two-years to prepare them. We get them going one year and it is the next year before they get racing and hit their straps. “For a lot of people that is too long a time frame for them, but it seems to suit our system okay. We just plod along and that is the way we do it.”

The quietly spoken trainer said horses of different physical type took to jumping, but he did believe genetics had a role to play when identifying horses best suited to the discipline. “Big ones jump, small ones jump. I don’t think there is any sort of physical thing. Some horses jump well and others not so well. “Breeding has got a bit to do with it. Your staying bred horses seem to jump pretty well and stick on. I think as a general statement, Sir Tristram line horses stay and they have a bit of toughness to them and that goes down through Grosvenor and Zabeel, and sons of Zabeel. “They have all left good jumping horses.”

Oulaghan has the rare achievement of improving a horse off Chris Waller, having trained top-class jumper Rand, who jumped into New Zealand racing folklore when he won the Pegasus Jump (3350m) in Japan and the Iroquois Hurdle in the United States. “He probably is the best jumper I have trained,” Oulaghan said. “Chris trained him when he was in Foxton and I think he was looking to shift offshore and he came to our stable and we carried on from there. “It was great experience at the time to race a horse internationally and race successfully.”

The roles were reversed several years later when Waller would be the beneficiary of Oulaghan’s ready-made stayer Who Shot Thebarman, who won the Group 1 Auckland Cup (3200m) and transferred to Waller the following preparation and went on to become a mainstay of Australian staying races for a further five seasons.

Oulaghan will shortly welcome his best galloper Shadows Cast back into work, with the Group 1 winner currently enjoying some time on the water walker. “He will race locally this year and perhaps if some of the better horses race in Australia, it might make things a bit easier for him. I don’t know if there is another Melody Belle or Te Akau Shark coming through,” he said.