Jukebox On Song For Caulfield Return 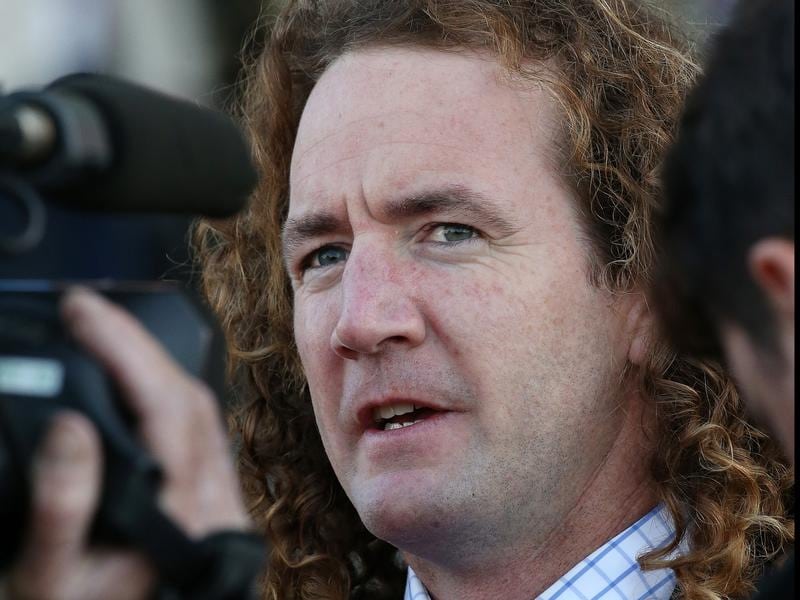 A colt trainer Ciaron Maher held in similar regard to recent Royal Ascot winner Merchant Navy is ready to make his return to the track in the Group Three Sir John Monash Stakes at Caulfield.

Jukebox makes his return in Saturday’s 1100m weight-for-age sprint for his first start since his unplaced run in the Group One Coolmore Stud Stakes last spring, won by then stablemate Merchant Navy.

Jukebox won his two starts as a two-year-old before being scratched on the eve of the Group One Blue Diamond Stakes when he showed signs of lameness.

He returned as a spring three-year-old with a win in the Group Three Vain Stakes before finishing second in the Danehill Stakes.

Maher started a six-month suspension in October and Jukebox had two starts for Aaron Purcell who took over Maher’s team of horses, finishing second in the Blue Sapphire Stakes before his unplaced run in the Coolmore.

Jukebox had a bone chip removed from a joint after the Coolmore and Maher has been happy with his preparation and jump-outs leading into his return.

Maher has always held Jukebox in high regard.

“He and Merchant Navy were sort of the two flagship Group colts of the stable,” Maher said.

“They have run in similar races.

“He (Jukebox) pulled up out of the Coolmore with an injury.

“He had a chip removed out of a joint but he’s had a nice break and has come back well.

“They were different types of horses. Merchant Navy was always a bit of a sleeper whereas Jukebox was always a really natural horse.

“But both quality horses and I can’t wait to get him back to the races.”

Maher was straight to the point when asked about his spring carnival expectations for Jukebox.

“He’s always had that Group One ability and hopefully we can get him into one,” he said.

“This is his first task on Saturday and hopefully he can acquit himself pretty well there.”

Jukebox won a trial at Cranbourne in early May and has since had a couple of pleasing jump-outs at Caulfield.

“His preparation has been good,” Maher said.

“He’s had a good couple of trials and his work was good on Tuesday.

To be ridden by in-form Craig Williams, Jukebox was the $3.90 favourite on Wednesday in a field of eight, just ahead of Voodoo Lad and Crystal Dreamer.