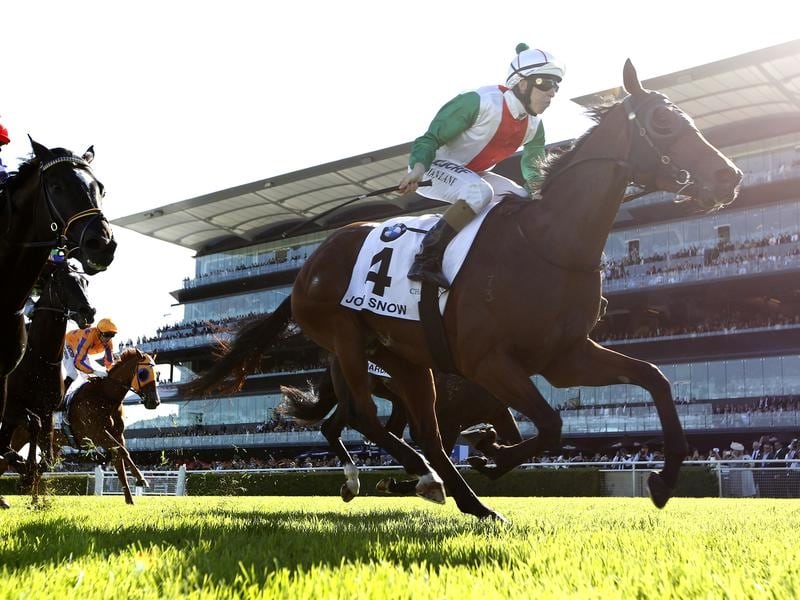 Last year’s Australian Derby winner Jon Snow is on track for another Melbourne spring campaign after delighting his connections in his season return in New Zealand.

Forsman said Jon Snow was likely to travel across to Melbourne on Sunday and was scheduled to start his Melbourne campaign in Saturday week’s Group One Makybe Diva Stakes (1600m) at Flemington.

Stephen Baster, who rode the horse in his five Melbourne starts last spring, will be reunited with the stayer in the Makybe Diva Stakes.

“We were rapt with his run on Saturday,” Forsman said.

“It was a great run for a horse who hasn’t raced for 10 months.

“To be only a length-and-a-half or so off those sprinters, it’s good for a staying horse.

“He’ll probably run in the Makybe Diva which will be a hot field.”