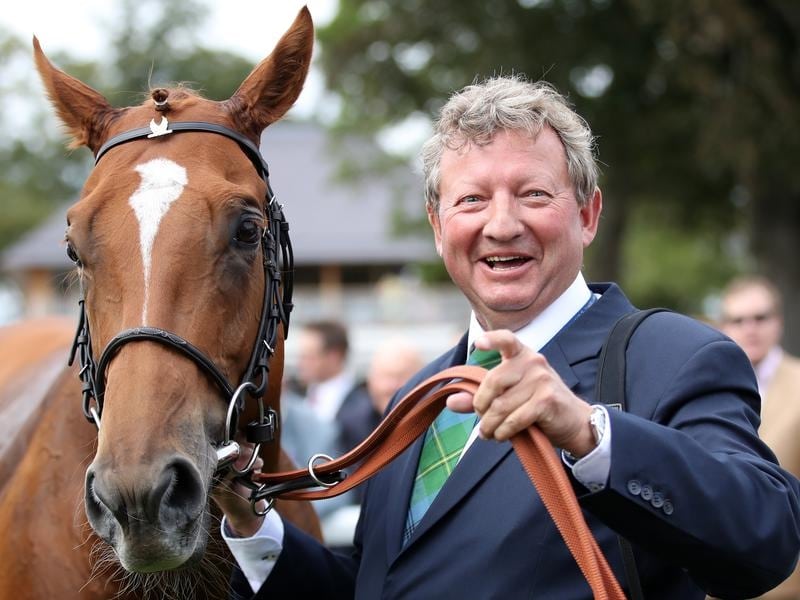 Mark Johnston has become the most prolific winning trainer in the history of British horse racing after saddling his 4194th victorious runner at York.

Poet’s Society, a 20-1 outsider ridden by one of Britain’s most celebrated jockeys Frankie Dettori, won a handicap chase on Thursday to push the 58-year-old Scotsman Johnston past the mark of 4193 set by Richard Hannon Snr.

The Yorkshire-based Johnston, who trained his first winner 31 years ago and has earned more than STG53 million ($A94 million) prize money, has not been one of the most garlanded trainers, nor overseen the most expensive thoroughbreds.

Yet he has earned untold respect for his production line of regular winners, which have featured British and Irish classic triumphs and numerous victories at the sport’s top meeting, Royal Ascot.

“It’s a relief. It’s been a hard few days,” said Johnston, who equalled the record on Saturday.

Johnston, a trained veterinarian who came into racing from the unlikely background of a Scottish council estate, started with “three-and-a-half” horses in his initial operation but has built a substantial stable in the English village of Middleham.

He has trained more than 100 British winners for 25 consecutive seasons and has saddled winners at every flat racing course in Britain.

The British trainers’ title is based on most prize money but if it was decided on number of winners, Johnston would have won it 11 times.