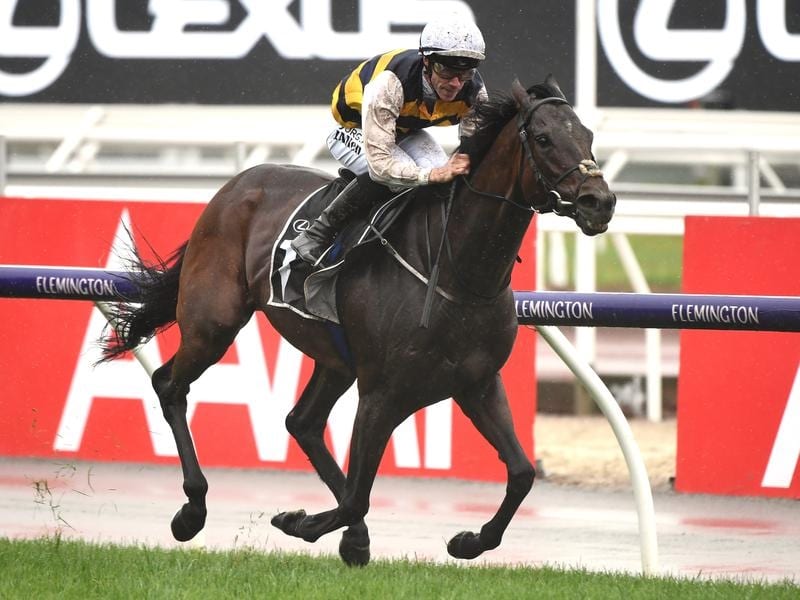 Former Irish jockey John Allen’s life will turn full circle when he is legged aboard the Joseph O’Brien-trained Downdraft in the Melbourne Cup.

That was, Allen estimates, 15 or 16 years ago with the jockey spending five or six years at the stable.

Allen came to Australia earlier this decade and after starting as a jumps jockey is now one of Victoria’s most sought after riders on the flat.

He partnered Downdraft to win Saturday’s Hotham Stakes which secured the horse a place in Tuesday’s $8 million Melbourne Cup at Flemington.

Downdraft is one of four O’Brien-trained runners in Tuesday’s race with the trainer adding to his Australian success over the weekend with wins in Ireland and the Breeders’ Cup in the US.

Already a winner of the Melbourne Cup with Rekindling two years ago, O’Brien also has Master Of Reality, Latrobe and Twilight Payment running for Lloyd and Nick Williams with Downdraft part-owned by OTI Racing.

Allen said there was no reason why O’Brien could not win again.

“He’s got an old head on young shoulders and has come a long way in a short time,” Allen said.

“Two years ago he brought the right horse down here and won it and I’m sure all four are in with a chance.”

Allen was surprised to get the call to partner Downdraft, but over the years he has formed a successful association with OTI’s Terry Henderson.

Henderson says Allen is more than a jockey, he is a horseman who gives great feedback whether that is post a gallop, trial or race.

Allen’s confidence is bolstered by Downdraft dropping from 59kg on Saturday to 53.5kg on Tuesday.

“So long as he comes out of the race OK and backs up, you never know,” Allen said.

“He couldn’t have done anymore than what he did and we can look forward to Tuesday hopefully.”