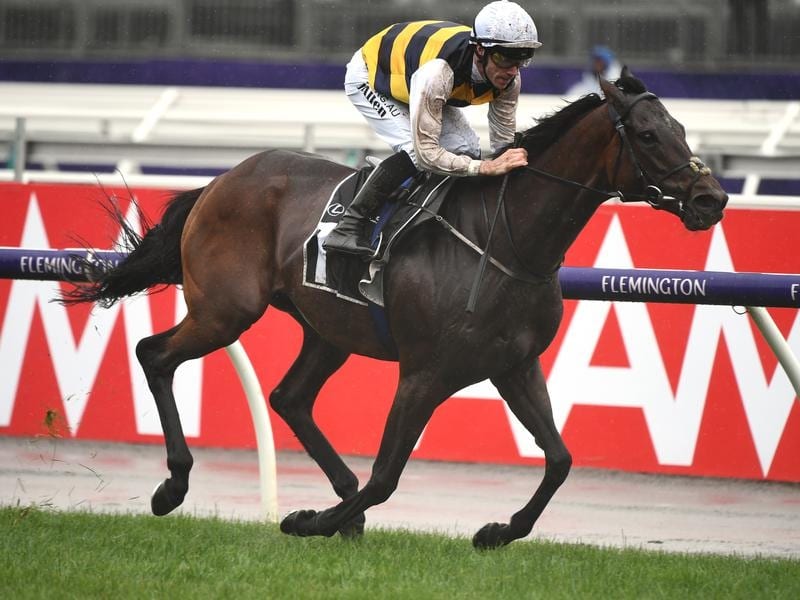 Irish trainer Joseph O’Brien will have four runners in his quest for a second Melbourne Cup after Downdraft booked his spot with a strong win in the Hotham Handicap at Flemington.

The European import was borderline to gain a start in Tuesday’s race but his Hotham (2500m) win has sealed the deal.

Winning owner Terry Henderson of OTI Racing is overjoyed to get a runner in this year’s Melbourne Cup field.

“We’ve had this horse now for a couple of years and Joseph has been really patient with him,” Henderson said.

“It’s a great thrill for all the owners and for the stable to have another horse in the Cup.”

O’Brien was in the US for the Breeders Cup meeting on Saturday but Henderson confirmed the son of legendary horseman Aidan O’Brien was due to arrive in Melbourne on Monday.

John Allen partnered Downdraft in the Hotham and will maintain the Cup ride.

OTI Racing is chasing its first Melbourne Cup win while O’Brien won the race two years ago with Rekindling.

Co-trainer Andrew Forsman said the stable would accept with The Chosen One despite his fifth placing in the Hotham with Tim Clark to ride.

The final field and barrier draw for the Melbourne Cup will take place after the final race on Derby day.