Joe Pride Looking Ahead To Rosehill 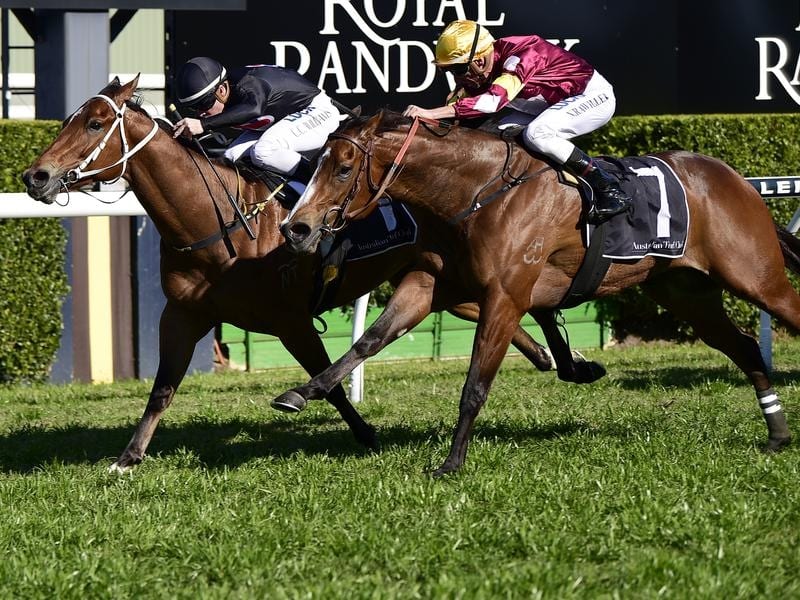 Joe Pride has put the disappointment of Superium’s enforced scratching from the $2 million Magic Millions Guineas behind him and is moving on with his team at home.

The Warwick Farm trainer was shattered when a Queensland Racing vet decided Superium’s action was not satisfactory on Saturday morning, hours before the race at the Gold Coast.

Pride disagreed and will continue the three-year-old’s campaign in Sydney.

“He will have an easy week and then he may trial on Tuesday and race on Saturday week,” Pride said.

“My vet has cleared him but he has had a long trip away and back so we will just make sure he’s OK.

“It was a disappointing day but I was pleased to see Alligator Blood win for David Vandyke who was at Warwick Farm before he went to Queensland.

“It is nice to see him with a good horse and that horse is a very good horse.”

Pride is likely to have three runners at Rosehill on Saturday headed by Royal Witness in the Benchmark 88 sprint.

“I’ve kept him to short-course races so he is going up in grade and distance which he has to do if he is to proceed through the grades.

“It looks like being a hot field so we will see if he is up to it.”

Royal Witness began his career with John Sargent and has won five races over 1000m since joining Pride in mid 2018.

“Napster is also in at Canterbury on Friday night over 1250 metres so I will just see how the fields stack up,” Pride said.

The forecast late in the week is for rain.

“I hope we get rain and I hope the places that need it most get it,” he said.

“I don’t think any of us will mind racing on a wet track and I think my horses will handle it although we haven’t seen it for so long.”